An old friend returns, and arrives with a mystery item

I’ve owned many of the classic shortwave receivers throughout the roughly 40 years that I have been a SWL.  Most of these I passed on to friends and relatives, while others were sold at hamfests, and on eBay.  I know that my beloved Panasonic RF-2200, is still used by my sister-in-law Alice.  My late brother Paul kept it prominently displayed on the counter for years.  My Sony ICF-6500 lives in Wisconsin, in the hands of a good friend that wanted to get in to shortwave listening.  Others, I’m not so sure as to the whereabouts, but hopefully they are still in use (with exception given to my National HRO-60 which I know was lost in a flood).

Of all of these, the one I frequently regret selling was my Sony ICF-2010.  The 2010 is still considered to be one of the best portable shortwave receivers around, and rivals many tabletops.  I sold mine on eBay during what we’ll call a dark time  in my life a number of years back.  I purchased the 2010 new at Gilfer Shortwave in NJ, in-person.  Now, as I see working examples sell for upwards of $350 on eBay, I have relegated the replacement of this radio to a status of someday, along with several other things that I want but do not need at the moment.  It would be a nice addition to my collection though, considering it is a great receiver.  It has a synchronous detector, separate USB/LSB modes, and 100Hz resolution, and portability.

Last week while watching new postings on eBay I saw one come up.  This example was listed as for parts or not working.  Upon reading the description, I noticed that the seller indicated the radio to be completely dead.  Now, in the world of radio repair, completely dead is usually better than many other states of being.  Especially in the case of the 2010, which is known to have battery compartment issues.  Anyway, I grabbed the radio immediately for a VERY reasonable price.  It arrived last night, and as I suspected, the problem was battery compartment related.  The 2010 runs on 3 D-cells, and 2 AA-cells.  The AA cells are listed as the computer batteries.  One thing about the 2010:  If you want to run it on AC power alone, you still HAVE TO have the AA-cells in place.  One of the plastic supports for the AA battery contacts had broken from the housing.  It is still held in place with a ribbon-

sized piece of plastic though, causing it to tilt at an angle back and forth like a loose tooth.  I temporarily fixed it with a piece of compressed foam and some plastic tubing.  The radio works great!  Better I think than my early example from years ago.  I have a couple of questions for the radio community though.First of all, what should I glue the AA-cell support back in place with?  I would try crazy-glue (or any generic cyanoacrylate), but I know that it will sometimes react with some commercial plastics, making the problem even worse.  I was thinking of using Gorilla Glue, but I would need to devise a clamping method.  I know some of you out there have dealt with such things before.  What do you use?

Second, the radio arrived with a loop antenna of some kind.  I have put pictures below.  It is approximately 21 inches long, made from PVC pipe with two endcaps.  On one end is an F connector and on the other end, an eye-hook.  I scrounged in my adapters and was able to hook it up.  It definitely improved reception on a few bands.  Has anyone seen one of these before?  Is it a commercial product, or homebrew?  What is the bandwidth?  And, if no one knows, what is the best method for determining its properties?  Feel free to answer in the comments.

My father was not a technical guy.  He knew numbers.  In the early days of our family business, my mother kept the books, and answered the phone at the house, while dad revolutionized the dental products business in the northeast.  My brother Paul ran the stockroom, and I would help, usually reluctantly in the beginning, with some of the basic tasks that a nine-year-old could handle.  My oldest brother Lee joined later, and became, and still is, one of the best Dental Equipment specialists in the business.  You see, dad took his skills as a supermarket manager, and combined it with the business model of SnapOn Tools, and created MoDent, and for more than 15 years, made the competition wonder how he pulled it off.  Dad passed away in California in 2009, and in his honor today, I would like to re-post something radio-related from my own blog I wrote about him.  Happy Father’s Day dad!

(Dad’s Sony was originally published here at my blog Fofio! in April of 2011)

My father grew up in the ‘Radio Era’ which made him more radio-aware than my children are now. He

was by no means a hobbyist, but knew enough to tell good from bad. He knew that AM radios had to be turned for best reception, and a good swiveling whip antenna was necessary for FM reception. For him, the radio needed to be able to pick up his NPR stations, WCBS-AM, and get the Mets games when he was on the road.

I ran a sales territory for our family business. As Dad got older, he eventually came off the road, and ran the company from inside. Every now and then though, he would schedule to ride with one of his salespeople to keep an eye on things. He rode with me for few days once on my Northern New Jersey run. Thursdays on that run, I would sometimes stop at the offices of Gilfer Shortwave, and chat with the Jeanne Ferrell & Paul Lannuier. I had purchased several radios there over the years, and would buy the various shortwave books and guides from them as they were released.

That one Thursday that Dad came along, he got a kick out of Gilfer, and all of the radios. He and Paul talked for a bit, and he purchased a Sony ICF-SW20. Partly because he really liked the quality of the little radio, and partly because I think he liked the folks at Gilfer as much as I did.

Dad had this radio from then, till he passed away in December 2009. It was his main radio. I saw it on his nightstand, in the bathroom, and on trips back east to visit us. Even with all of the selling and swapping I’ve done lately with my radio collection, I will never get rid of this radio. To me it was an acknowledgment from dad that my interests in radio were appreciated, and is a memory of the man I miss. It currently lives on my desk at work, sometimes called to duty for news, and music. Thanks for the radio Dad! I’ll pass it down the line someday to Alec.

The Sony is still on my desk at work.  Another note here:  Dad always wanted me to get my ham license, and even bought me the equipment when I was a kid to encourage me.  I wish he was around to see how much I enjoy this hobby, and how it has helped me find some of the best people I have ever met.  73 dad! 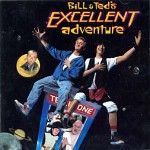 Episode #031 of Linux in the HAM Shack is now available, and nearly on time. Due to myriad circumstances in our lives, we had to put off recording of this episode until February 9th. It is therefore almost astonishing that I can announced that it is being released on February 10th. After this, everything should return to its normal bi-weekly cycle.

I would very much like to thank Bill, KA9WKA, Ted, WA0EIR and Andy (Integgroll on IRC) for filling in as co-hosts for Richard on this episode. Sadly I must report that Richard lost his mother to a battle with cancer yesterday morning. I know the thoughts, prayers and deepest sympathies of myself and our listeners are with Richard and his family during this time. Unfortunately, I do not have any further details on events in Balch Springs at this time. If you would like to send your condolences, please address them to [email protected] Richard may feel like joining me to record again in a week's time, but if his circumstances do not permit, we will certainly carry on and offer him all of the time and space he may need to recover.

In this episode, our esteemed round table guests touch on a variety of topics. In usual fashion, I address feedback at the start. Beyond that, topics range from MicroHam digital rig interfaces, a rant about Yaesu, Linux Mint 8, cloud storage, e-readers and much, much more. Thank you for your faithful listenership.