My condolences to the family and friends, and to our radio community, for the tragic loss of David Collingham, K3LP.

I am sad and sorry for his loved ones and friends who now grieve this loss.

May his memory echo through the ether like radio waves, reaching the receivers of our hearts.

Passing along a note from Paul, N6PSE:

I have learned additional information concerning his death.

Last night, during a heavy winter storm, David let his dog outside. David later took his truck to search his 25-acre property when his dog did not return. David found that his dog had fallen into an icy pond that adjoins his property with another property.

David made the heroic decision to go into the pond to try and save his dog.

After some time had passed, David’s wife Rebecca went looking for him. She found his truck at the pond and called 911. Fire personal recovered David’s body as well as his dog. Efforts to resuscitate him were unsuccessful.

David lived his life bold, courageous and heroically and he died trying to save his beloved dog. He will always be a hero in our hearts.

Author: Larry W2LJ
It was announced last night / early this morning on Facebook that Bill Pasternak WA6ITF has become a Silent Key, after a long illness. 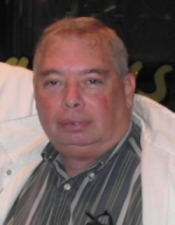 Bill was an outspoken advocate for all thing Amateur Radio. His achievements in Amateur Radio and in the promotion of it are too numerous to mention. I met him a long time ago (on-line) back in the good ol' days of Prodigy. Bill was always friendly, outgoing and willing to help anyone in any way he could. He will be sorely missed, and he has left us with a very large pair of shoes to fill.

My condolences to his wife Sharon KD6EPW and the rest of his family.

Larry W2LJ
Please support our generous sponsors who make AmateurRadio.com possible:
Search AmateurRadio.com
Do you like to write?
Interesting project to share?
Helpful tips and ideas for other hams?