LHS Episode #182: You May Experience Browsiness 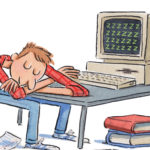 In this breathtaking episode of Linux in the Ham Shack, your quasi-intelligent and always goofy hosts discuss new Boy Scout merit badges with a ham radio twist, sending balloons into space, Hamvention, Web browser you may not have heard of, a bunch o' Linux distros, upcoming cons, pineapples, great new music, Scotch and more. Thank you for tuning in and Happy New Year for 2017. 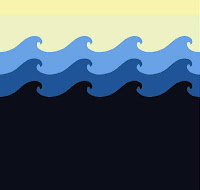 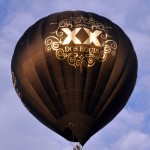 Author: Steve VE7SL
Dave, VE3KCL launched his latest balloon, 'S-4', on Friday, August 21st. He timed the launching very well as it was immediately swept-up by high-speed winds and, unlike earlier attempts, shot up to the north and out over the North Atlantic very quickly.

Like earlier flights, 'S-4' also uses a special U3 firmware version on an Arduino Nano board, with a QRP Labs Synthesiser, along with two hydrogen-filled party balloons with HF antennas hung between them. You can read all about Dave's previous flights here and keep up on the balloon's track here.

The balloon is transmitting data regularly on the following schedule:

Frequencies to listen on are:

Let's wish Dave luck and hope that this one makes a successful circumnavigation. It would be the first by a Canadian amateur I believe.

From the website of Hans Summers (GØUPL) comes news of a 3rd balloon launch from Canada.

David, VE3KCL, used a special U3 firmware version of one of the kits available from QRP Labs and an Arduino Nano board driven by a QRP Labs Si5351A Synthesizer board. Special WSPR codes were used for vehicle telemetry which sent Callsign, Power, Locator, Altitude, Temperature, Battery, Groundspeed, GPS Status and Satellites Found. A 30m HF data download link was used with the help of a full-sized dipole hung between the system's two support balloons as well as a CW identifier on several other bands.

David VE3KCL launched his third balloon flight S-3 on 28-Jul-2015 at about 11:40Z. Like the former S-2 flight, this one also uses a special U3 firmware version on an Arduino Nano board, with QRP Labs Si5351A Synthesiser. Two foil "party" balloons were used, filled with hydrogen. The earlier balloons S-1 and S-2 apparently suffered burst failure before reaching float altitude due to polluted gas mix - there was a lot of propane mixed in with the hydrogen. This flight S-3 successfully climbed to almost 8,000m so this problem is now solved.
The transmission schedule includes CW on several different bands (for the reverse CW network), 30m JT9 and a special WSPR message on 30m. The special WSPR message types encodes two additional WSPR messages which contain the additional 5th and 6th character of the locator, altitude, battery voltage, temperature, ground speed, GPS status, and number of GPS satellites (a single bit, 0 means under 8, and 1 means 8 or more). The "special" WSPR transmissions therefore show up in the WSPR database with locators and powers which are not the actual locator and power, but encode the additional data. The conversion back to actual flight data is done later in an Excel spreadsheet. This is very experimental at the moment.

FYI VE3KCL's S-3 balloon survived the night, woke up at around 1100Z when daylight restored power to the solar cells and the battery changed a bit. It is currently cruising at 7,660m in locator FN20DD, about 50km North-West of Philadelphia, US.
I will update the map and data graphs at the end of the day.
73 Hans G0UPL

More information and pictures of VE3KCL's adventures can be viewed on the QRP Labs website. For those who are software-savvy, it looks like a simple system could be put together with some of the available kits.

On another note, it does appear that Andy's amazing Pico-Sat balloon did indeed go down, south of Madagascar, after almost completing its 3rd circumnavigation of the globe. 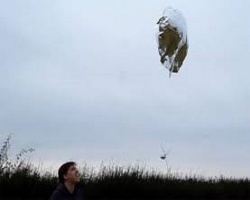 Like Timex watches, the incredible Picosat balloons of Andy, VK3YT, 'take a licking and keep on ticking'. On May 23rd, Andy launched his PS-46 HF Pico balloon and on June 4th it had arrived back home, completing the circumnavigation of the earth in just 12 days ... but it kept on going. Although taking a little longer this time 'round, PS-46 arrived back over its starting longitude exactly one month later, on July 4th, completing its second circumnavigation of the planet! It slowed briefly enough over the Indian Ocean to trace out this interesting ground track.

PS-46 is now on its third circumnavigation and, at the time of writing, was midway between New Zealand and the coast of Peru at 30,000'.

PS-46 can be tracked via HF packets delivered via JT-9 and WSPR. Frequency information and tracking notes can be found on Andy's website for those interested in tracking the balloon themselves. As well, its track (and other balloons) can be followed on the Spacenear.us website. I think Andy's balloons are very cool and demonstrate a new aspect of amateur radio that was completely unheard of just a few years ago.

After a callsign mixup resulting in Russ calling Pete VE2XPW, the show is off to a flying start.