YouView or not YouView

This post is nothing to do with ham radio. However it is about radio – or rather TV – and the internet, and I’m pretty sure some of my readers know more than I do about this subject.

Here’s the thing. A few days ago TalkTalk – our telecoms and broadband provider – sent us a letter offering a free YouView box as a sop for the tariff going up. If I understand correctly, a YouView box would provide us with two things that we don’t currently get from our plain old Freesat box: the ability to record programmes (our Freesat box isn’t one with a hard drive in it) and the ability to catch up on already broadcast programmes using things like BBC iPlayer. 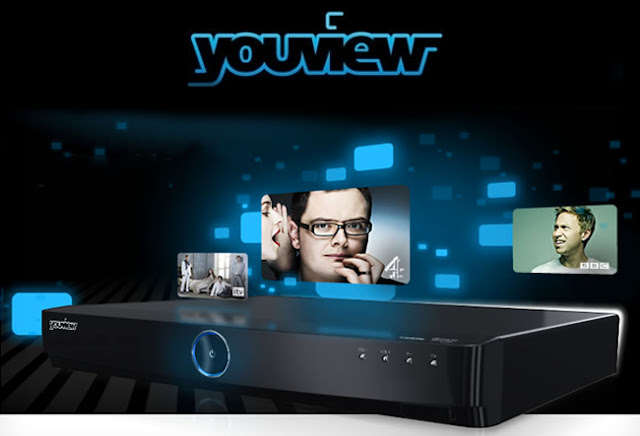 If we want to watch programmes after they have been broadcast then we have to use iPlayer or whatever on our computers, of which we have about six in the house already, not counting the old Toshiba laptop I run DOS on to program Motorola radios or the other slightly less old Toshiba laptop that has a whole column of dead pixels in the middle of its display. I haven’t tried connecting one of the computers to the wide screen TV in the living room and watching BBC iPlayer that way. We watch it on the computer screen if we want to. If we want to record programs for later viewing we need to buy a newer more expensive version of our Humax Freesat box.

A YouView box would cost £299 so it’s quite an attractive deal to get one free. The question is: would we be able to use it without a lot of hassle?

If I understand correctly, in order to use a YouView box we would need two things that we don’t already have: a digital terrestrial TV antenna (we get all the TV channels we need on Freesat) and an Ethernet connection to our router accessible from where the TV is (because apparently YouView doesn’t have a wi-fi adapter.) Obtaining these would entail a fair amount of extra expense on hardware (i.e. the cost of having a TV aerial installed, and some kind of wi-fi adapter or a long and ugly piece of Ethernet cable.) Nor do I know whether YouView would need the same type of TV input already being used by the Freesat box, namely the HDMI input.

So my thinking is that it’s not worth the cost and hassle. Getting stuff like this to work usually results in my tearing my hair out – and it’s only just started growing back! But then I’m not the one who cares if we miss Strictly Come Dancing because we are out or some other show that clashes with something else we’re watching. Perhaps I shouldn’t look gift YouView boxes worth £300 in the mouth. Your thoughts, multimedia experts?

2 Responses to “YouView or not YouView”