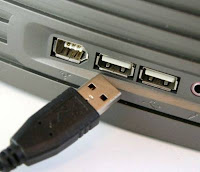 In his review of the Yaesu FTDX5000 in the June 2010 issue of RadCom, Peter Hart G3SJX criticizes Yaesu for not providing a USB interface as Icom does with its IC7600 transceiver. This same criticism is frequently made by new users or prospective users of the Elecraft K3. I think it is an extremely shortsighted view and I’m surprised to hear it from someone of G3SJX’s experience. This seems to be another example of the “it’s newer technology so it must be better” attitude that seems to be taking root in the hobby.

The RS-232 serial port has been around since long before the personal computer. It has not been used for “consumer” equipment since the days when printers and modems came with a serial interface, which is why RS-232 ports are no longer provided with new PCs. But it is nonsense to claim that RS-232 is obsolete because of this. Adding a couple of serial ports to a PC is simply a matter of opening the case and slotting in an RS-232 board. Granted, it isn’t as easy if you are using a laptop, which is why RS-232 to USB adapters exist. But expandable desktop or tower PCs have so many advantages that why anyone would choose to use a laptop for their shack computer beats me.

Icom uses USB not just for computer control but also for audio so the IC7600 doesn’t need the sound card and requires only a single cable to connect it with the PC. This is an innovation that has obvious marketing appeal – which is no doubt why Icom included it. But it’s a benefit that can only be enjoyed by users of specific versions of Windows. If you use Linux, Mac OS, Windows 2000 or earlier or Windows XP 64-bit you’re out of luck. RS-232 on the other hand is supported natively by just about any computer running any OS, by microcontrollers and even by non-computer devices like Ethernet serial port servers. It offers far more choices, even if most of those choices are only of interest to a minority of users.

Buy a device with USB and you are dependent for its continued usability on the willingness of its manufacturer to develop drivers for as yet unreleased operating systems. I’ve had to junk perfectly good printers and scanners in the past because the latest drivers were for Windows 98 or Windows 2000 and the manufacturer did not produce any for Windows XP. Most radios have a life of 20 or 30 years, considerably longer than most computer hardware, so designing into them an interface that itself may have been replaced by something faster and better in the PCs of 10 or 15 years time seems to me very shortsighted.

Icom chose to provide a Windows-only supported USB interface on the IC7600 for purely marketing reasons. Elecraft arguably made the best decision with the K3 by not just providing a true RS-232 interface (not a lame TTL version requiring an extra-cost level converting cable) but also making the DTR and RTS signals optionally usable for PTT control and CW keying. Although separate audio cables and use of a sound card are needed, Elecraft included isolating transformers so no separate interface (RigBlaster etc.) is needed. If Yaesu chose to emulate this aspect of the K3 design as well then it should be commended not criticized.