Courtesy of the ARRL:

Several special event stations will be on the air to commemorate the 70th anniversary of D-Day — the Allied invasion of the Normandy Coast of France in World War II.

In France, TM70JUN will be on the air from June 6 — the actual anniversary date — until June 20. Modes will be SSB, CW, PSK, RTTY, and JT65 on HF and 6 meters. Special event station TM70BMC will operate from Mont Canisy June 5-8.

W9D will be active on SSB, CW, and AM on HF through 6 meters June 6-8 from the First Division War Museum in Winfield, Illinois.

VC3JUNO from Canada will be on the air from June 6 until July 31 to commemorate the 70th anniversary of D-Day; “Juno” was the code name for the beach where Canadian forces landed.

The Riverway Amateur Radio Society will sponsor special event station GB70DDL from June 1 until June 28 from the Sea Cadet headquarters in Stafford, England.

On June 6, 1944, 160,000 Allied troops landed along a 50-mile stretch of heavily-fortified French coastline to fight Nazi Germany on the Normandy beaches. The attack was a major turning point in the war. More than 5000 ships and 13,000 aircraft supported the invasion, in which more than 9000 Allied soldiers were killed or wounded. 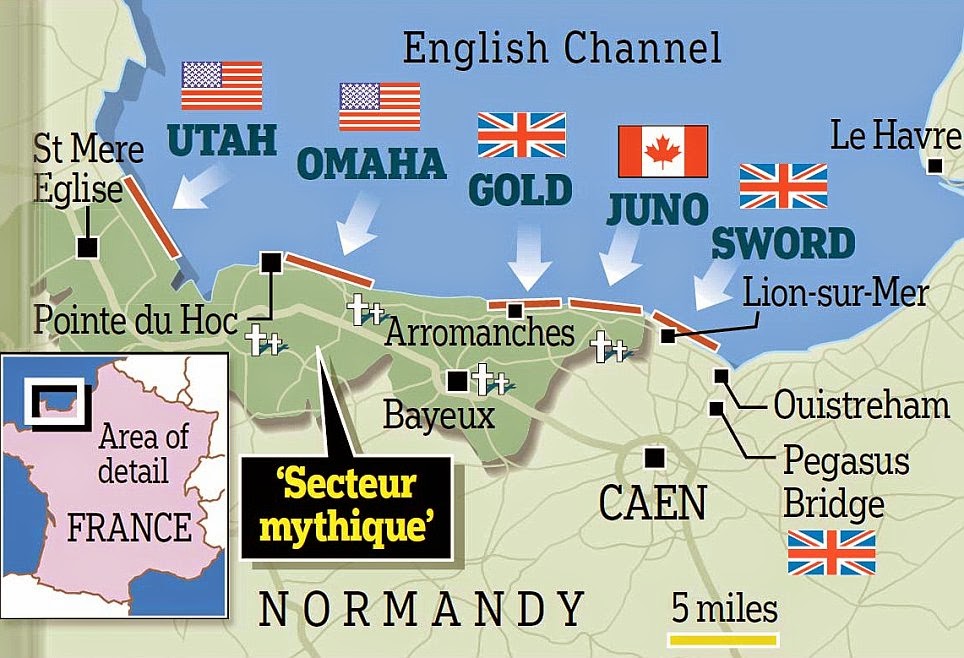