8 December 2014 | by Mike AD5A  |  Share |  Tweet |  Leave a Comment (5)
It's been a while since I've sit down to write down a few thoughts. I've intended on several occasions to sit down and write down my thoughts, but it seems some other priority asserts itself and I can't get the time to write. But not today.

So what's happened since I last blogged.

Tromelin Expedition FT4TA: The expedition team did a great job, making nearly all bands available with good signals, at least in South Texas. I enjoyed both working the expedition, to fill some band slots, but also the event. The daily news, conditions, the complaining, etc.... I worked them on 10m, 15m, 20m, 30m and 80m. All new bands except 20m. My practice, as I have written about here, is to try to work the expeditions, during the last days, QRP. I was not able to do that on this expedition. The pile-ups never really slacked off, which brings me to my point.

Now that many expeditions use Club Log and other online tools to post how many QSO's each caller has logged, the information is leading to much debate. I am on a particular reflector where an individual copied and posted the band scorecard for multiple individuals and berated them for making multiple band/mode contacts when so many needed Tromelin for an all time new one.

My thoughts on this one: As long as an individual doesn't dupe band/mode slots, working the expedition is fair game. If a DXer builds a station that is capable and puts in the time operating to work Tromelin on 20 band slots, why not. Telling him not to is like telling a guy with a Ferrari that he can only drive the speed limit.  If, for whatever reason, a dipole is all you have, you know that working rare DX is a tough proposition. Why should the capable stations be made to wait on those not so capable. In my early days of DXing, not working an expedition motivated me to improve my station, improve my operating skills, improve my understanding of propagation, etc... Failure is often life's greatest teacher.

DX-peditions can control this somewhat by limiting the number of bands they operate on, but those guys paid their money, why shouldn't they have all the fun they can.

Andamans VU4CB and VU4KV:  This team also did a nice job activating a pretty rare place, that from my part of the world, is difficult to work.  I was able to get QSO's on a few bands and was impressed with the operation. I was not able to work these guys on QRP either. VU4VB operated from a rare IOTA which I also chased. So, please all around on this one.

SOTA Activations: I did find time to get in four SOTA activations near my Santa Fe, NM QTH during November. I activated three peaks, along with Fred KT5X and John K1JD, southeast of Albuquerque, NM. 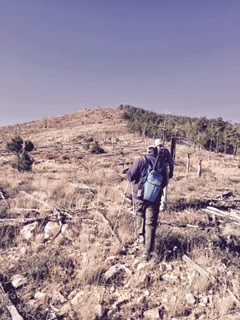 Summit 8455 W5N/EL-002
This was a full day of activating. The first peak was a 100 mile drive, but well worth it. All of the three peaks were in excess of 8,000 feet. The picture above is of the first summit we activated, about a mile hike to the top. You can see from the pictures that a wildfire some years ago delineates our path to the top. 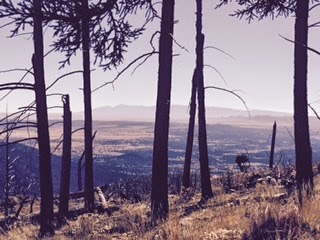 View from 8455
The reward, besides activator points, from being involved in SOTA, are the views. 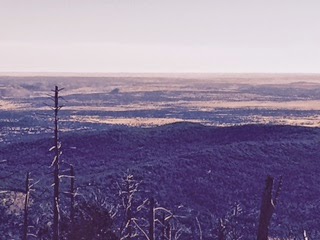 More Views
The additional points achieved from these activations moved me to a total of 719 points in my quest to get to a 1,000 and earn the esteemed title of "SOTA Goat"
I love this radio stuff.....Until next time...73
Mike Crownover, AD5A, is a regular contributor to AmateurRadio.com and writes from Texas, USA. Contact him at [email protected].

5 Responses to “Tromelin, Andamans and SOTA”