The Mysterious Case of Alternator Noise

When I purchased my 2003 Ford Escape, I decided to install multiple ham radios and a bunch of antennas. Mostly I use a Yaesu FT-8900 FM transceiver for operating on the 2-Meter and 70-cm ham bands. A while back, I started getting reports that I had alternator whine on my transmit audio. I was perplexed because I thought I had done a pretty darn good job of installing the radio, including connecting heavy 12V power cables directly to the battery. (See K0BG’s web page for more information on battery connections.) I really wasn’t sure if this was a day one problem (and no one ever told me about the crummy audio) or something that had just started. My first course of action was to ignore it and see if it goes away. This strategy failed miserably as my FCC-licensed spouse continued to report that I was “whining”. Finally, I decided to put my alleged knowledge of electricity to work. I got out my trusty oscilloscope and took a look at the voltage near the transceiver. There was about 800 mV of ripple on the DC voltage, as shown below. 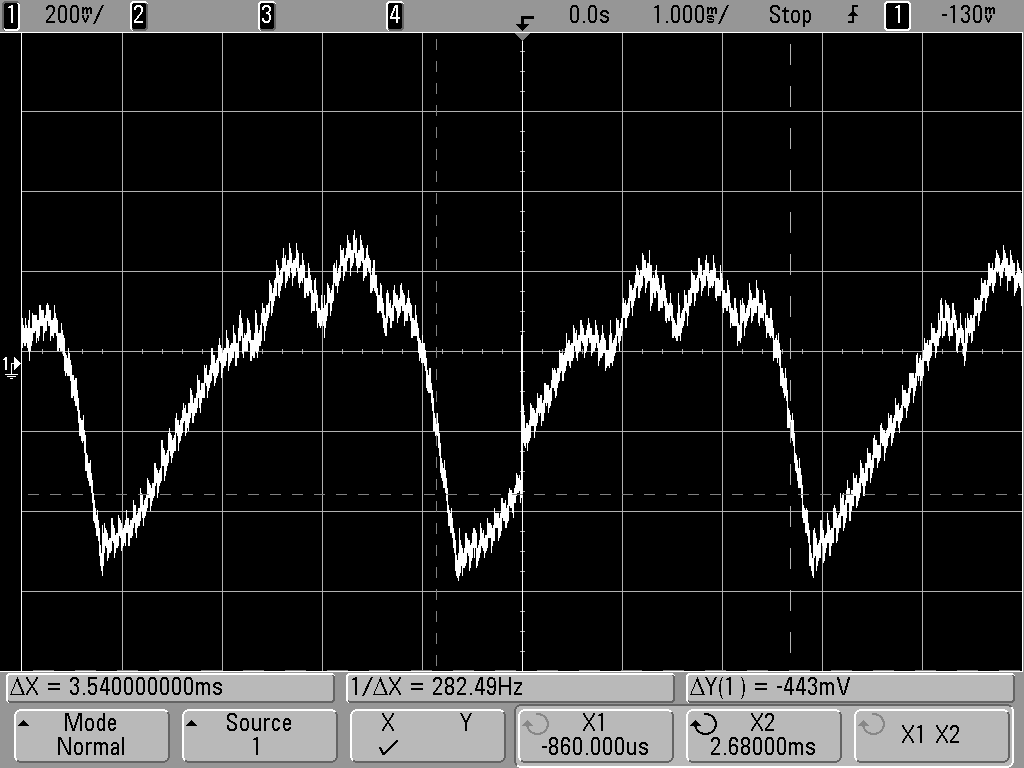 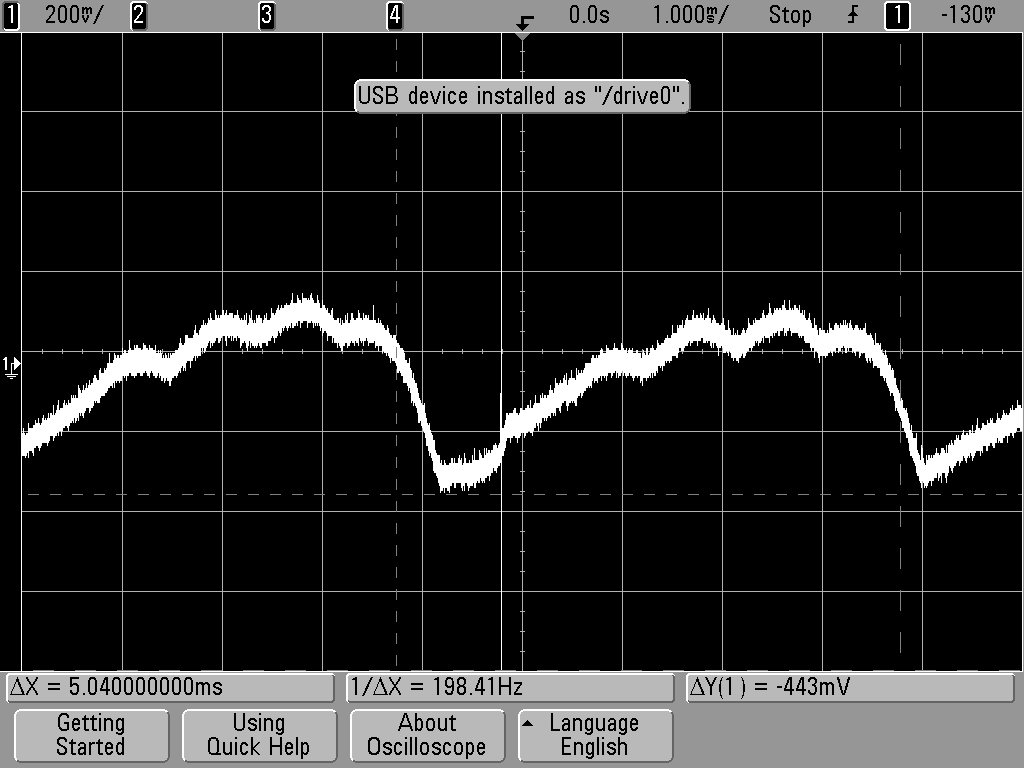 I pondered what to do next. One approach would be to install a filter to eliminate the ripple. However, filtering out a few hundred Hz signal while maintaining a low voltage drop on the 12V power feed is not trivial. More importantly, I had the sense that the Escape’s electrical system was just not operating properly. I decided to take it to my local mechanic, who tested the alternator and determined that a diode had failed. He replaced the alternator for me and the whine is now gone.

I did measure the 12 volt supply with the new alternator installed and the radio transmitting. I was surprised to find that there is still some ripple, a bit less than 200 mV (shown below). Apparently, this is not enough to disturb the FT-8900 signal. 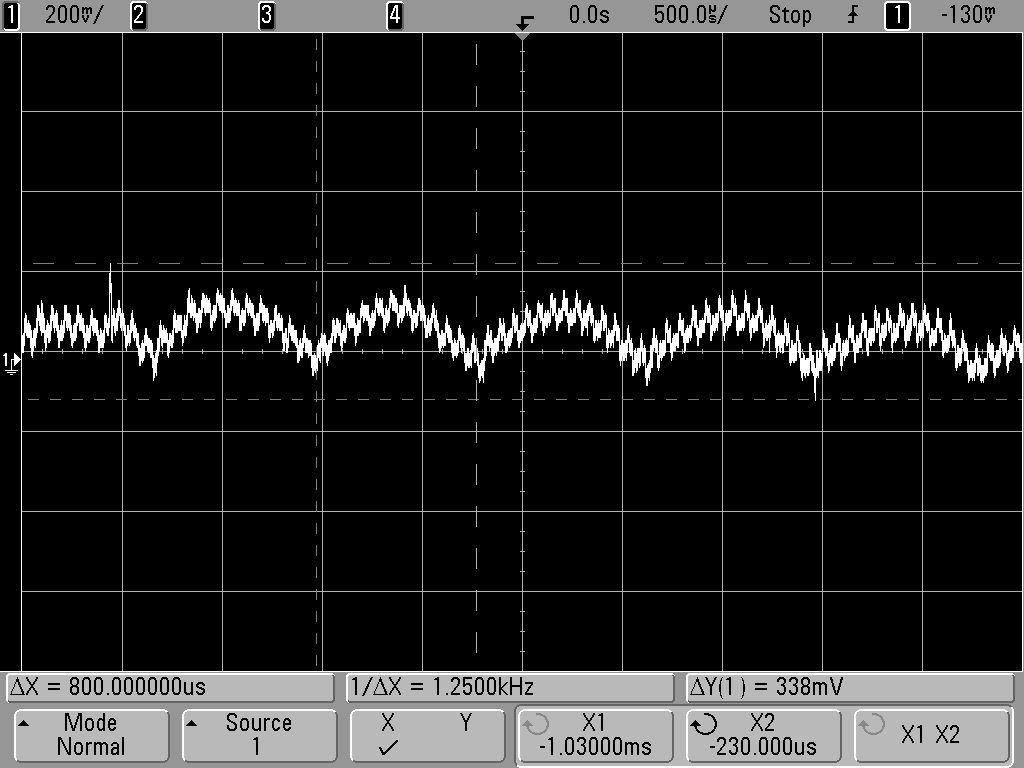 So that’s the story about my alternator whine.

My spouse says “I still whine sometimes” but it has nothing to do with my ham transceiver.

One Response to “The Mysterious Case of Alternator Noise”