The Most Radio-Active Mountain in Colorado 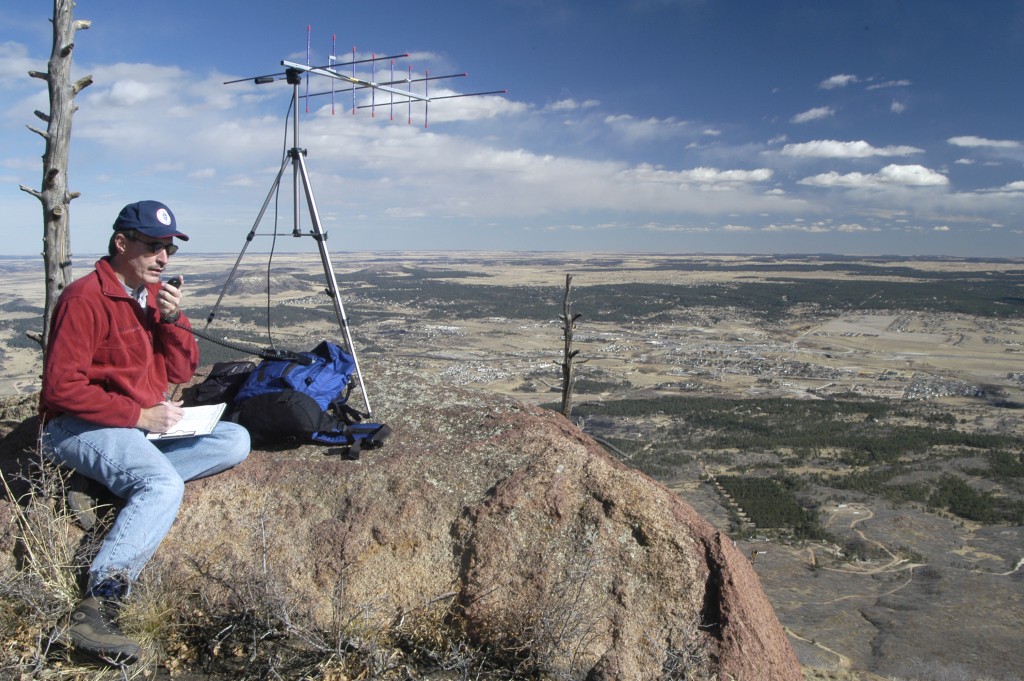 I’ve often said that Mount Herman (W0C/FR-063) is the most (ham) radio active mountain in Colorado. Many of us have operated from that summit for VHF contests, QRP events and Summits On The Air (SOTA). Of course, I didn’t have any data to back that claim…until now. A review of the cumulative SOTA activations in Colorado through Jan 1, 2016 shows these four summits as the most-activated SOTA peaks.

All of these summits are relatively close to the large population centers in the state. Also, they not that difficult to get to and some of them have roads that go to the top. Pikes and Evans are both 14ers but can be accessed via 2WD vehicles.

But what makes Mount Herman so special? It does not have a road to the summit — you definitely have to hike it, a little bit more than a mile one way with elevation gain of ~1000 feet. What makes the difference for Herman is that it is in the backyard of the well-known radio ham, goat hiker and SOTA enthusiast, Steve WGØAT. Steve has personally activated the summit more than 30 times AND he encourages other radio hams to join him. Frank KØJQZ did 22 activations, some with Steve and many on his own. (Frank just achieved SOTA Mountain Goat status, activating enough summits to earn 1000 SOTA points.) Fortunately for me, Mt Herman is about 4 miles as the GPS flies from my house, so I have worked that summit 31 times (usually Steve or Frank and always on 2 meters). I’ve also activated Mt Herman for SOTA three times, as described here: A Soggy Mount Herman SOTA Activation, Mt Herman: SOTA plus VHF Contest and Winter Assault on Mt Herman.

Here’s one of Steve’s fun videos that captures the first SOTA activation of Mt Herman, with his goat crew Peanut and Rooster (SK).

Frank and Steve, thanks for all of the Q’s from Mt Herman over the past years! See you on the air and on the trail.

The post The Most Radio-Active Mountain in Colorado appeared first on The KØNR Radio Site.

One Response to “The Most Radio-Active Mountain in Colorado”