If any of yall listen to the Hamradio 360: Workbench podcast then you will know the names George and Jeremy. They are the host of that podcast and some good friends of mine. Several episodes ago they talked about some miniature data radios and some uses for them. I had some questions about it so I thought what better than to do that to come on and talk about them on an episode so that yall can hear them too.

I got all my questions answered, Thanks George!

We went on to talk about their podcast and things that they had been doing and even an upcoming show topic and then wrapped it up with their thoughts on how Hamvention was this year and what they thought about the new venue.

I think we had a great conversation and I hope yall do to.

Check out the show notes for information about the episode, links to all the items that we talked about and other information. You can also listen to the episode directly on the website or on your favorite podcast listening app.

directories and strained your eyes in the process. I use to hate trying to find a repeater to use while I was on a trip. Most of the time, while I was on a trip, the town that I was in didn’t have any repeaters in it, but the next town over did. Maybe it was two towns over, or the third of fourth town that I look at in the directory. Either way, it was a pain in the…well you know.

Bob had the same thinking that I did all those years ago, but he acted on it. He went and digitized all the repeater data that was available and made it into an Android app. It is now available to IPhone, Android and on the web for just a small fee.

RFinder is the official repeater directory of Canada, the United Kingdom as well as 13 other countries. This year the ARRL partnered with RFinder to print the 2017 ARRL repeater directory. This years directory has 10,000 more listings and is the first time that the ARRL has crowd sourced the repeater information. The data that RFinder uses comes from many different places including Repeater societies, club websites and directly from repeater owners.

For more information about RFinder, hear it from Bob himself in the latest episode of the Everything Ham Radio Podcast at http://www.everythinghamradio.com/podcast/75

Ever since I was a little kid I have loved air planes. It doesn’t matter if it

was riding in them, watching them, or flying them. Over the years, I have bought several little cheap-o toys-r-us style RC planes, I have a RC Boat, and as I’m sure most young boys, Ive had several RC Cars.

When I first got my license and found out that you could marry amateur radio with remote controlled vehicles it really got me interested. Then the questions came to mind, why would you want to marry these two hobbies? The first thing that came to mind, because of the little bit of experience with RC cars, was the frequency issues. There was many times growing up where a friend and I would have RC cars and if both our transmitters were on, they would interfere with each other.

Shortly after I started my blog, about a year before my podcast, Remote Controlled vehicles was one of the topics that I wanted to talk about in an article since about month one, but here two and a half years later, I still haven’t done anything on the topic.

That changed a couple weeks ago when a George with the Hamradio 360 podcast got me in contact with a friend of his that was a ham and enjoyed using RC vehicles as well.

In this episode of the Everything Ham Radio Podcast, #70, we talk with Jason Howard, K6DNG. We talk about his experiences with using RC Planes and Drones and how you can use ham radio to control your vehicles with. Even though with the way technology is now, it really isn’t necessary. 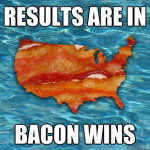 Greetings, salutations and happy holidays! Today your weary hosts (minus one) bring you some great information about great topics, like: Why you should avoid qrznow.com, why you should upgrade your WordPress installation, why you should try ElementaryOS, why the government is like a turtle, and why bacon renders your argument invalid. Be well, listen often, and stay safe. 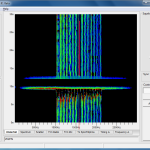 Hello, everyone! We are back again with another fun and informative episode of Linux in the Ham Shack. In this episode, your hosts discuss solar flares, lots of space weather, stable and easy-to-install Linux distributions, H.R. 4969, Quentin Tarantino, dinner rolls and the amazing and fun new transmission mode for HF known as FreeDV. Don’t miss a second of this action-packed episode.

LHS Episode #135: A Mouthful of Potatoes 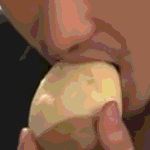 In this fortnight’s episode of Linux in the Ham Shack, Pete (VE2XPL), returns to the land of the living. Your intrepid hosts discuss explosions in the sky, a “holiday” for ham radio operators, Linux vulnerabilities, caipirinhas, and ask the vital question: What is Allstar Link and does anyone use it? All that and more in this action-packed installment of LHS. Thanks for watching, and as always… 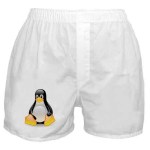 In today’s episode, we have our final listener interview from the Hamvention 2014 Indiegogo campaign that actually ended back in February. Mike Maydaniuk, VA7XXM, was kind enough to donate to our Hamvention ambitions, and now comes on the show to share with us his thoughts on Linux, amateur radio, life, and some random silliness. Hope you enjoy, and please make sure to send us feedback, either via e-mail, social media or voice mail.