Comparing receive signals with and without 1:1 balun.

Author: Mike VE9KK
On Saturday I picked up my Balun Designs 1:1 balun and on Sunday I was able to do some on air tests. I wanted to see the difference between using the 1:1 balun and not using it. This post will deal with how my receive signal was  affected with and without the Balun installed. I was able to take some screenshots from my Icom 7610 for this comparison. The first band I looked at was 20m, it was getting a bit late in the day so there was not a whole lot of action on the band. Even with the lack of signals I was able to see an interesting comparison. The span on the 7610 was set to 14.000 to
14.100 to cover the CW and digi section of the band. The local time was in around 22:37 and without Balun Designs 1:1 balun installed the section of 20m from 14.000 to 14.100 showed some what I called washout sections. I did notice around the 14.040 mark there is some RFI on the waterfall. When I moved the VFO over to that section the RFI was very faint.  Also a very faint indication of RFI on the waterfall just past the
14.080 mark.
When the 1:1 balun was introduced the band cleaned up regarding the washed out sections. I was able to see digi signals, in the posted picture the digi signals are almost gone from the waterfall. There was some CW signals close to the noise floor that I was able to hear (not shown in the picture). I did notice the RFI what was in the waterfall without the balun installed is gone BUT after the balun was installed at 14.080 there was a stronger RFI signal and I could hear it very well when tuned to it. This RFI was not there all the time I would say it was on and off. Not sure what it is but that is not the purpose of this post.....save that for another post.
With the 1:1 balun installed it seemed to clean up the band and bring out signals that were otherwise washed out.
The next band I did was 30m and the span was 10.100 to 10.150 I found without the 1:1 balun installed the 30m band was washed out with just a hint of digi signals between 10.130-10.140. Once the balun was installed the band cleaned up and there was no longer a washout effect. The digi signals were much more significant and I also was able to see some CW signals on the waterfall. I did notice just
to the right of the digi signals something on the waterfall. I was not really hearing any RFI when I tuned it in maybe it was packet I am not sure?
Because it was later in the evening 40m seemed to really shine when I preformed the comparison with and without the balun installed. The span on 40m was 7.000 to 7.100. Without the balun there was some CW signals as well as some digi signals that I noticed. I was pleased with what I saw until I placed the balun in the picture. This cleared up the band and I was able to see more CW signals and the digi section was much more pronounced. I also noticed according to the S-meter with the balun was in around S-4 and without just over S-5.

I am very pleased how the balun has improved the reception end of things. 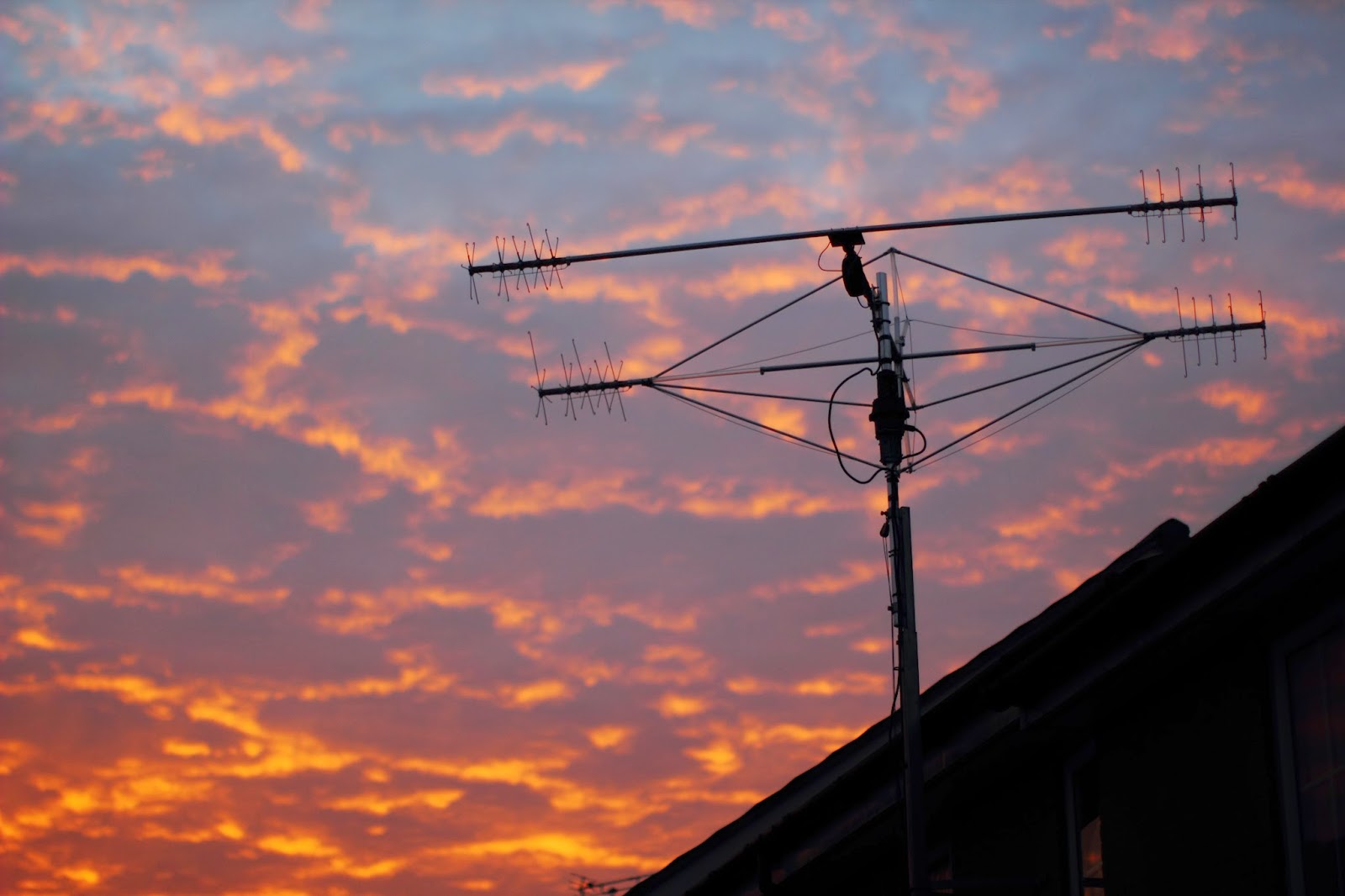 One of my most read posts on this blog is “Which Antenna” it describes the comparison between 2 antennas. The MA5B and the MQ26-SR. As my readers will know I opted for the MQ26-SR. and 2 years on its only fair I tell you how I have gotten on with the  antenna.

I can hardly believe that 2 years exactly has passed where I hosted an erecting party, to install my new mast, antenna and rotator.  The first year of the antenna was perfect I was able to find the DX weak signals pick them out and get heard over the majority of the European pileups. I had a great deal of fun. The antenna remained unchanged in that first year.

But suddenly over a period of 3 months I found the SWR was changing, and the antenna was becoming more and more deaf on 20m. Something clearly had changed on the antenna. My initial thoughts were water ingress in the Balun. I never really trusted the balun and found the construction of it crude. But in fact the balun was fine. I did however find that every clamp, bracket and connection on the antenna extremely corroded.   “dissimilar metals”   was the culprit.

A huge strip down clean and reassemble job was needed. And so this was completed with the antenna still in place, and although better the antenna still isn’t quite right. It really does need bringing down to earth and cleaning thoroughly and wrapping up in self amalgamating tape.

So 2 years on. What do I think ? the antenna is excellent. But do look closely at the spreader arms, clips and any screw terminal. You may need to buy some new hardware in order to achieve a compatible metal. Have a look at the chart below. For a cross match on metals used to clamp the antenna up. As a guide I had a stainless steel screw, brass washers, clamping an aluminum ring clip. Not a great combination. 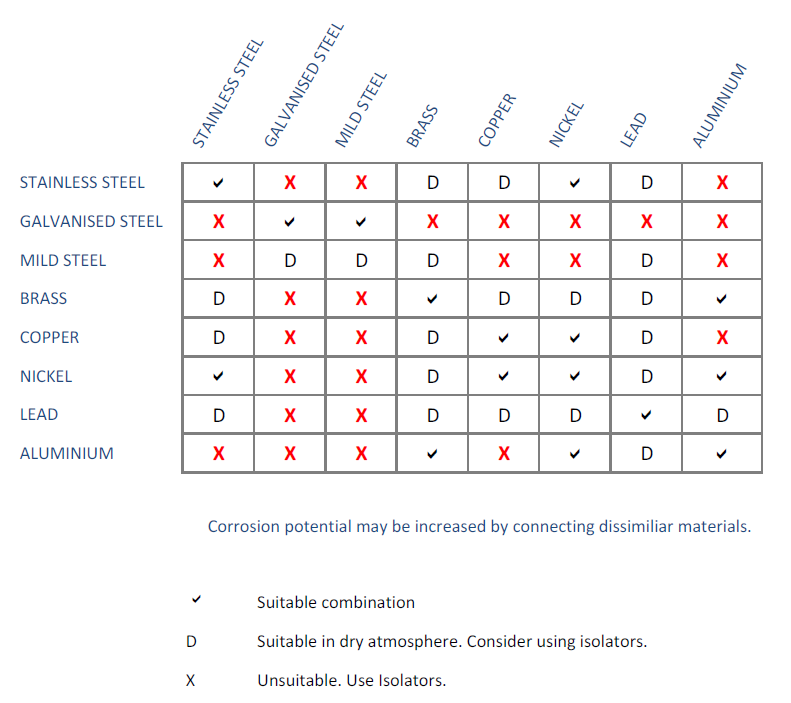 Also make sure the clear acrylic tubes do indeed have a place for water to drain from. 2 of mine do not and I have the bottom bracket nearly half full of water at any given time. 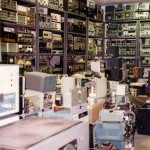 Welcome once again to the Wonderful World of Linux in the Ham Shack. As indicated in the title, this episode is full of Sheer Hamshackedness. If you’re unsure what that is, we encourage you to pour yourself a nice glass of dark beer or a 100-proof spirit of your choice, put on your headphones and immerse yourself in the pure hedonism that is LHS. And if you believe any of that, we have a large vehicular conveyance over the East River in New York City up for sale as well. Anyway, we talk a little bit about Raspberry Pi computing, APRS, WSPR, Echolink, svxlink, Qtel and a bunch of other stuff in this episode. Hope you enjoy, as always.