Sneeking off to track a HAB

3 August 2015 | by Andrew MØNRD  |  Share |  Tweet |  Leave a Comment (0)
Following our sojourn to Scotland we spent this weekend visiting and catching up with the relatives, as a result radio activity was a little limited.

Yesterday we were visiting my mother-in-law and I had seen that the University of Southampton Spaceflight Society were launching a High Altitude Balloon from the New Forest. I am never one to miss the chance to track them and decided at the last minute to throw the Alinco DJ-X10 receiver and an audio lead into the bag with the laptop which by happy coincidence we were taking since it contained the holiday photographs.

After an enjoyable Sunday lunch I dutifully did the washing up and then as the others succumbed to postprandial somnolence I sneaked off to see if I could receive anything as the flight was already well under way.

I put the Alinco on an upstairs windowsill with the W-881 Watson Super Gainer antenna fitted. The radio which has SSB capability was still tuned to 434.650MHz as this was the frequency I used on the EGG1 tracker and amazingly I heard clear RTTY telemetry of the CHRISHAB tracker and connecting it to the laptop with a simple earphone-to-microphone input lead was getting clear decodes. 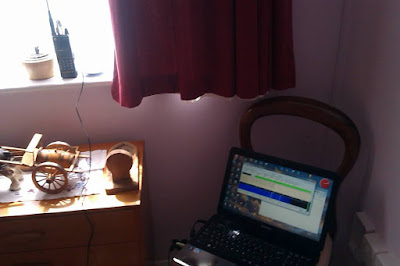 Being a silver surfer my mother-in-law has a broadband connection so was able to upload the packets to the tracker system. 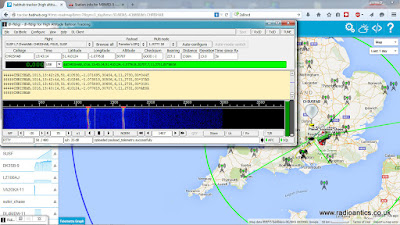 I left it running while I returned to be sociable. When I checked back later the flight had ended but I was more than happy with the number of decodes I had achieved with this modest set up and proves with all things radio it pays sometimes just to give it a try! 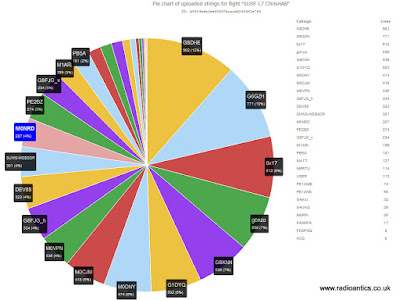 The previous day I visited my mother and got to try my brother's very nice new Yaesu VX-8R hand held. I made a short QSO with MX0PPC the Central Amateur Radio Circle (CARC) who were running some intermediate classes that afternoon. My brother is getting to grips with it and its in built APRS and GPS and soon hopes to be spotted by the International Space Station digipeater.
Andrew Garratt, MØNRD, is a regular contributor to AmateurRadio.com and writes from East Midlands, England. Contact him at [email protected].