3 February 2015 | by Andrew MØNRD  |  Share |  Tweet |  Leave a Comment (0)
The troublesome TR9500 has developed another fault, well it has likely had this fault since I've owned it but I have only just spotted it.

After making repairs to the microphone amplifier and the receiver pre-amplifier the rig seemed to be working fine, I'd even used it several times during the UKAC contests with some success.

The 70cm band is under used locally and activity seems largely restricted to repeaters. Due to it's vintage the TR9500 doesn't have CTCSS tones and so cannot be used to access repeaters without some modification and I've been looking at adding a CTCSS board.

In the meantime I really wanted to use the TR9500 a bit more and was hoping to make it part of a satellite station, the TR9500 acting as the UHF uplink transmitter (LSB) and the VHF 2m TR9000 as the downlink receiver (USB) for the AO73 (FUNCube-1) and other satellites.

The satellite portion of the band plan is at 435-438MHz and it was when setting this up I discovered the TR9500 neither received or transmitted in the upper part of the 70cm band (435-440MHz) below this everything was hunky-dory. 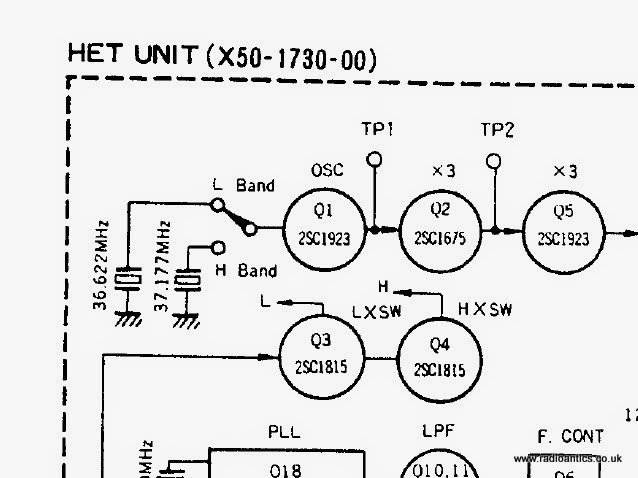 It hasn't taken long to locate the issue, the HET unit employs two crystals L33 (36.6222MHz), L34 (37.1777MHz) which are switched in to the oscillator Q1 depending on the selected frequency. L33 being referred to as low band, L34 as high band the switching occurring around 435MHz. 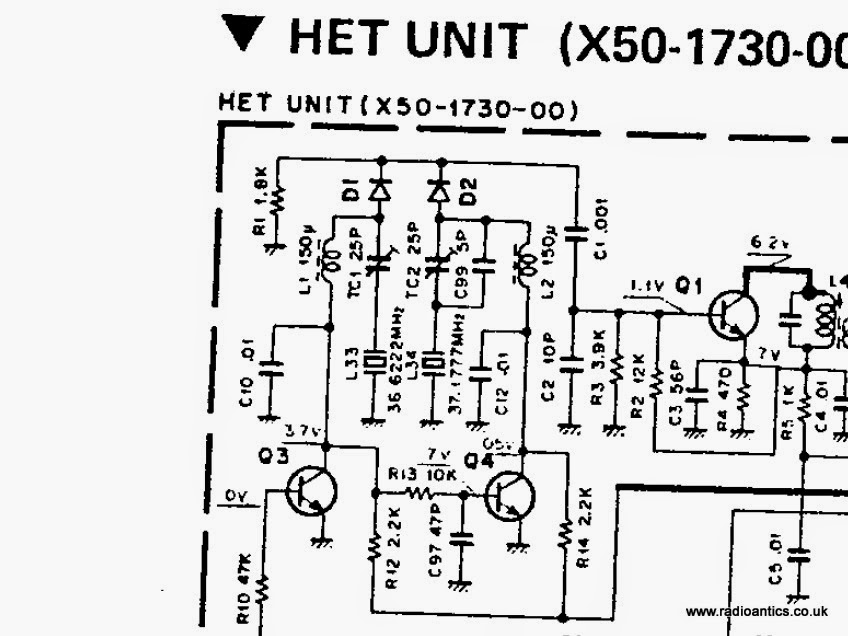 The switching HL signal (via R10) and transistors Q3/Q4 are working correctly it is just crystal L34 is not resonating. The surrounding diodes, capacitors, inductors and resistors all look fine, no obvious shorts or broken joints.

I have to do some more diagnostics to rule out any of the passive components but if it is the case that the crystal has failed then it may prove difficult to source an economical replacement.
Andrew Garratt, MØNRD, is a regular contributor to AmateurRadio.com and writes from East Midlands, England. Contact him at [email protected].