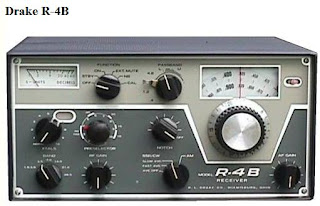 Cox and Brockman (1978) said, “People sure like to have a good time. The 1977 CQ WW Contest attests to this fact. In spite of less than normal conditions, interest and activity were never higher.” (p 10)

What makes a RadioSport event fun to operate like CQ World Wide franchise?

One answer is DXpeditions according to Cox and Brockman (1978) and another may include antenna system(s) and/or one’s receiver. The broader answer maybe active involvement of RadioSport clubs where resources and talent are focused around a specific goal like number one in the Club Box.

Cox and Brockman stated, “Not to be outdone, the Frankford Radio Club (FRC) repaired their antennas, turned their rigs, and walked off with the fierce Club competition title with a total of 62.7 M points. That’s alot of work and cooperation.” (p 10, 1977).

One senses club strategy beginning to develop with a score target inside the box. Additionally, FRC channeled their knowledge and resources into improving antenna systems-to-radios inside the shack. I believe individual initiative is important in addition to having a stake in the overall success of one’s RadioSport club.

If there is a moment when design specifications are pushed to the extreme, it must be during an event like CQ World Wide; when was the last time one thought about their audio gain control (AGC)?

For example, Richard Norton, N6AA operated from Trinidad and Tobago, as 9Y4AA in 1977 and logged 1400 Qs on 20m that year. He moved from third place in 1976 to winning first place in 1977 while establishing a world record. Undoubtedly, he understood the design specifications of his radio, inside and out.

An on-going conversation on CQ Contest Digest reflector inspired researching how-to improve my receiver and/or decrease listening fatigue. Admittedly, I set controls at near maximum, according to Eric, K3NA many operators run their gain controls too high, and I’m one of them.

His suggestions are straightforward and easy to implement to include adjustments for a specific set of headphones.

Additionally, when considering a DXpedition designed for an event like CQ World Wide, understand point structuring as part of one’s decision tree.

Cox and Brockman (1978) stated, “The Sochi Radio Club decided that 3 points per QSO would be better than 2, so they took a trip down to the Black Sea coast to UF6. It was well worth it, because their crew set a new world multi-single record with an incredible 4058 Q totaling out at 6M points.” (p 10)

Several fun factors contribute to the overall success of an event like CQ World Wide such as 1.) An active RadioSport club focusing resources and talent on specific achievable targets, 2.) Learning design specifications of one’s radio, and 3.) Understand an event’s point structuring and maximize operating time and/or operating location to that of the point structure.