For truly portable mountaintop all-mode VHF operating, especially SOTA and VHF contests, the Yaesu FT-817ND has been my rig of choice. You might say that it is really the “only game in town” for a 6m/2m/70cm radio that fits in a backpack. 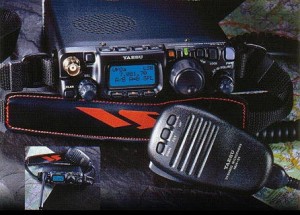 I’ve had my eye on the Elecraft KX3 transceiver ever since it was introduced, but really I have been waiting for the 2m module to become available. (The KX3 has HF plus 6m standard.) After being announced over a year ago, the 2m module is now shipping and radio amateurs are getting their hands on the unit.

I do enjoy getting on the HF bands but my radio passion has always been centered on 50 MHz and higher. For my purposes, the manufacturers could have left off the HF bands and just designed a portable rig that does 6m, 2m and 70 cm (and maybe 1.25m, too). Or how about a dualband HT that does SSB? 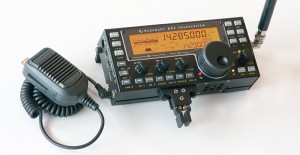 I’ve used my 817 for many portable operations, so I have quite a bit of stick time on that rig. I’ve not really used a KX3, other than to play with it at hamfests. I’ve also talked with a number of KX3 owners that really like the rig. I was a bit surprised that the KX3 power is only 2.5W minimum (3W typical), compared to 5W with the FT-817. (Yeah, I know, that’s only 3 dB difference, blah, blah, blah.) One of the big complaints on the 817 is that it is a bit of a battery hog on receive (450 mA) but the KX3 is not that much better at 300 to 350 mA. Here’s my comparison table for the two radios — with the emphasis on VHF operation.

The price comparison is a bit tricky because the KX3 can be purchased in kit form for $100 less. Many hams will actually see the kit assembly as a plus, since they get the satisfaction of building their own radio. A microphone is not standard on the KX3, so I added that to the list. Also, there are several different variations on the 2m module, depending on whether the automatic antenna tuner for HF is installed and whether the factory installs the option. I just picked a price that was in middle of the range.

The table would lead you to conclude that the FT-817ND is the clear winner mostly based on price (and the 70cm band). But its not that simple. There is a lot to like about the KX3, including the nice big display and the trail friendly layout. It also has more features for CW, PSK31 and RTTY.

For me, the answer is clear: keep on keepin’ on with the 817, since there is not enough of an advantage to go to the KX3. But I will probably keep lusting after it anyway. This also raises the question: what does Yaesu have coming to replace the aging 817?