PLT Devices – Have I welcomed the Devil in to the shack?

1 January 2016 | by Andrew MØNRD  |  Share |  Tweet |  Leave a Comment (0)
I joked recently about turning to the Dark Side, well my conversion really was complete after the Boxing Day sales.

I need to set up the ability to remotely operate the station via the internet as well as experiment with internet linking systems but the wi-fi link to the shack isn't fast or reliable enough. Now if I do a scan looking for wi-fi networks I can see well over a dozen, some of them quite strong and more are popping up all the time and I suspect this congestion is part of my problem.

The Samsung Smart TV in the house was also wi-fi linked but we were having increasing issues with the BBC iPlayer and Netflix with buffering or poor quality images because of poor signal and data rates.

Ideally I would be like to fit proper ethernet cables but it is totally impractical without major upheaval or unsightly trunking a definite no-no. In the end the only workable and affordable solution seemed to be to get some of those evil Powerline Transmission (PLT) devices.

I have suffered strong sporadic QRM myself which I have assumed were neighbours PLT networking devices as I'd read the horror stories, seen the videos and anecdotal reports of mains borne noise caused by them. So I hadn't even considered it until I saw a post and video by Dan Trudgian (M0TGN) about his experiences of using some Netgear devices and the apparant lack of interference to his radio activities. Some members of South Kesteven ARS had also started using them, so I took the plunge and ordered some Netgear ones reduced on Amazon in the Boxing Day sales. 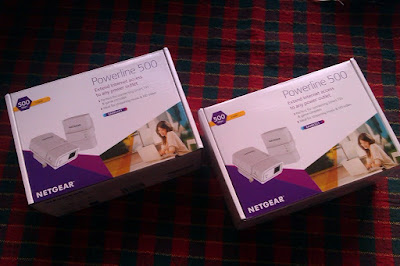 Setting them up was easy, but the acid test was how much noise did they generate? I set up one device in the shack at the far end of the mains cable run to maximise radiation. Streaming internet radio and a HD movie on Netflix I then used the FUNCube Dongle PRO+ SDR connected to the OCFD to see what noise they were generating.

Here are my observations going through the various HF bands. Where noise is present I first stopped the streaming and then powered off the devices to eliminate them as the cause, where they were the cause it seemed eliminating the network traffic was sufficient to greatly reduce the effect. 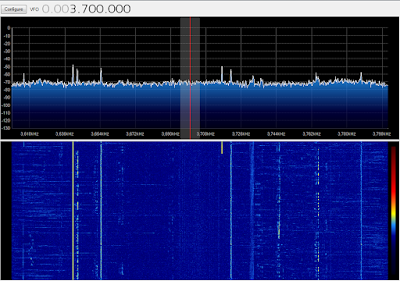 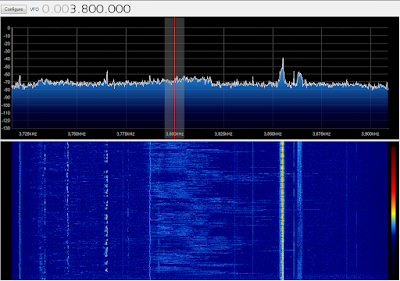 While the antenna isn't optimised for 80m, signals can be seen as well as noise. Before you get excited this noise has been present for quite a while and isn't being caused by the new Netgear devices. This noise is what I suspected was generated by PLT devices used by my neighbours. 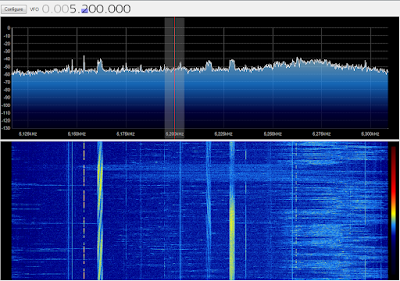 Shocking noise but again this isn't caused by my new devices, the noise has the same characteristics as that seen on 80m. 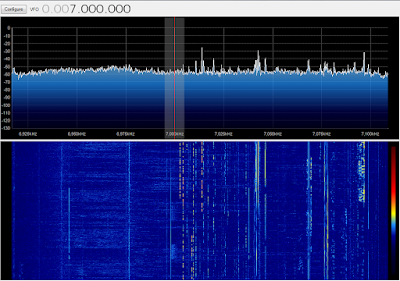 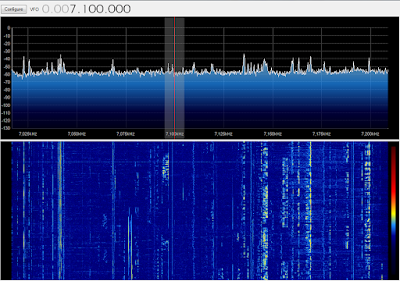 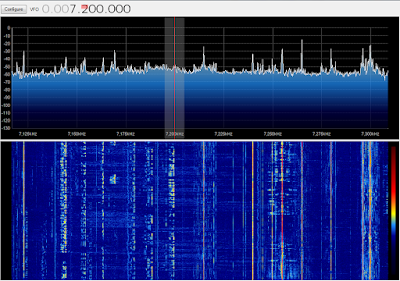 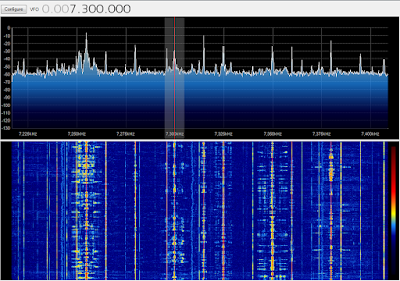 The band was busy, there is some noise again but not from the new devices, this was looking encouraging. I have also showed the adjacent broadcast band. 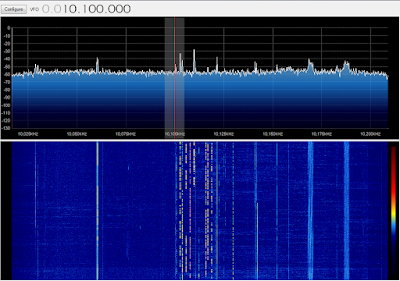 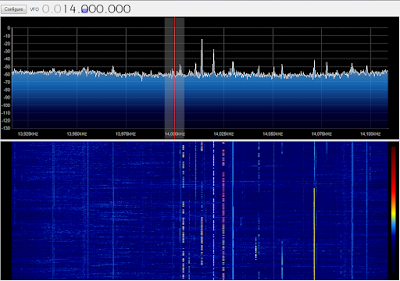 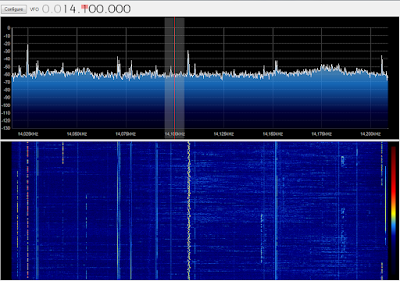 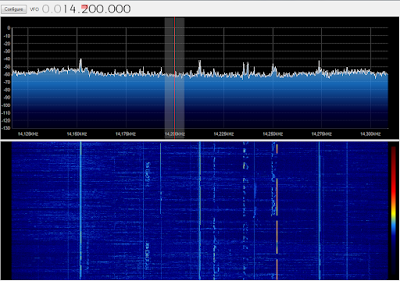 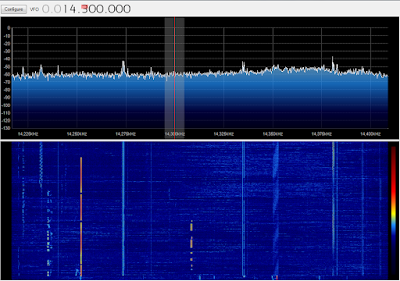 Still largely noise free, the QRM that is present still wasn't due to the new devices 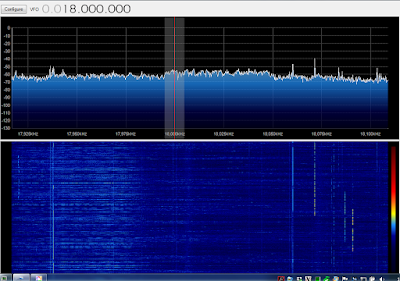 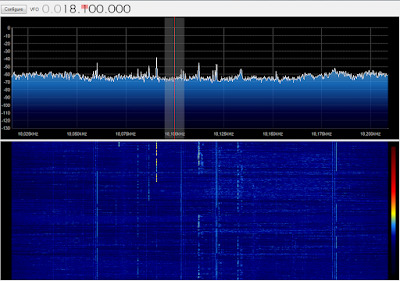 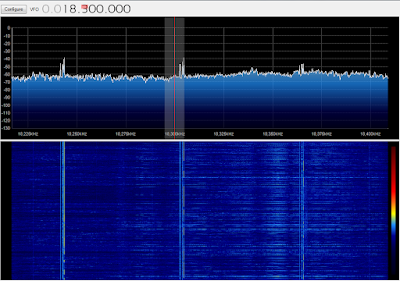 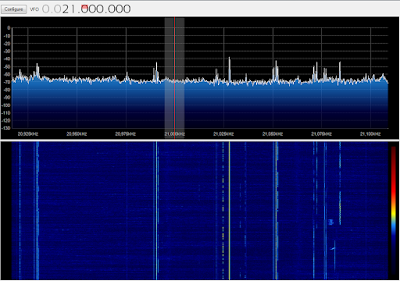 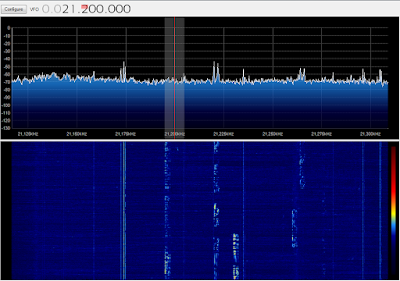 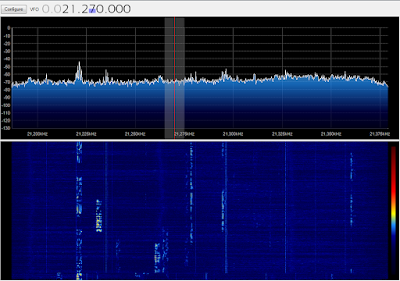 Again this band was clear of noise 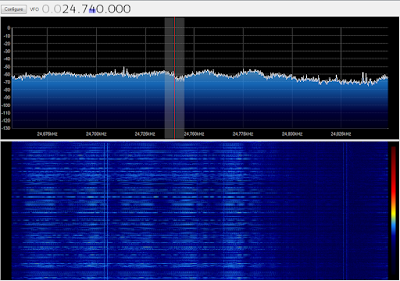 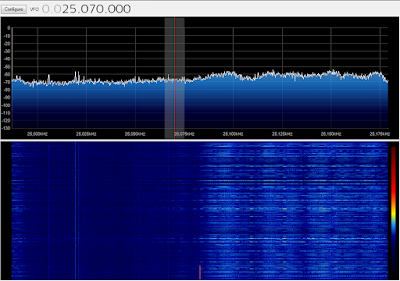 I didn't observe any additional noise on this band, but unfortunately deleted the screen grabs ;-)

So where was the QRM? 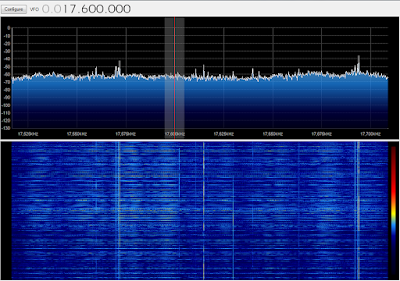 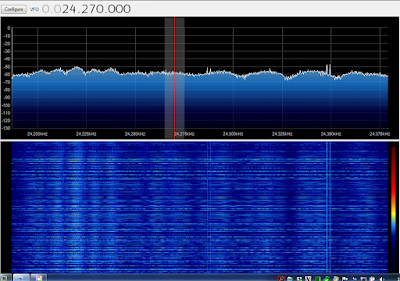 While the amateur bands appear to be filtered, the transmission can of course can clearly be seen on some non-amateur bands and apart from 16 meters seems to avoid the broadcast bands.

These Netgear XAVB5221 devices seem effective, indeed doing a speedtest in the shack was more than acceptable (the dire upload speed is a 'feature' of my cable ISP)

This fairly rudimentary testing has largely given me confidence that they won't be any issues. The band conditions weren't brilliant when I did test, but even with the absence of signals on the band any noise would be evident as seen. Yes they clearly do generate QRM but thankfully not it seems in the amateur bands. I haven't heard any extra noise on any of the radios over the last few days so all is looking promising. I will keep you posted if there is any change.
Andrew Garratt, MØNRD, is a regular contributor to AmateurRadio.com and writes from East Midlands, England. Contact him at [email protected].