Wow! It was hot here today! It got up into the upper 90s (36C) today and I was loving it! Well, maybe not “loving” it, but I wasn’t hating it or wishing it away. I was in my element as I went out to the Jeep and proceeded to try a little QRP.

I wasn’t hearing too much on 15 Meters and everyone on 17 Meters seemed to be involved in a ragchew, so I proceeded down to the good ol’ standby – the 20 Meter QRP Watering Hole.  It was there that I heard a station calling CQ rather slowly.  I set the KX3’s keyer for about 13 WPM and waited for him to sign.  I am guessing that this person is a relatively new Ham because of the slower code speed and because he had a 2X3 callsign and the prefix was KK. I think in the #2 call district we’re still at KD as a newly issued prefix.

I sent his call twice followed by mine, three times.  He had a decent 579 signal, and he gave me a 549.  OK, not the strongest, but in my book, a 549 signal is decent enough to have a ragchew with.  After the preliminaries, I thought we were going to get into the heart of a nice chat. That’s when I got, “BANDS SEEM TO BE UNSTABLE. YOU ARE UP AND DOWN. 73 DE KKXXXX”. Just like that, he was gone. 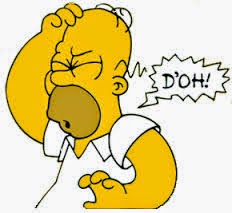 It seems to me that one of the attributes of short wave communications is QSB, i.e. fading.  It’s a rare conversation where it doesn’t occur, even mildly. It’s something you learn to adapt to and overcome in all but the severest cases, as you build up your skills. I feel bad for this guy, because if you’re going to limit yourself to only 599 signals, you’re going to miss out on a lot of fun. And you’re not going to develop yourself as an experienced operator, either.

The antennas are unplugged tonight. As a result of the hot weather and a cool (not cold) front moving through, we are getting some hellacious thunderstorms.  No hail, but the downpours have been heavy and even though the rains have stopped for now, it’s still lightning. A lot.