2 October 2016 | by Larry W2LJ  |  Share |  Tweet |  Leave a Comment (0)
The day dawned gray. misty and chilly, but it wasn't downpouring. So I collected this bag of bones out of bed. I showered, shaved, got dressed and packed the Jeep with everything necessary for a ride to NPOTA land.

As stated a few days ago, the destination was WR03, the Delaware National Scenic River, via Washington's Crossing State Park, in Titusville, NJ.  Thanks to the fact that there was hardly any traffic on an early Sunday morning, I arrived in about 45 minutes. 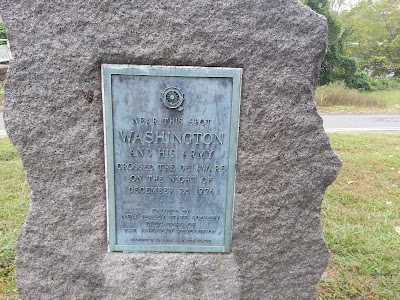 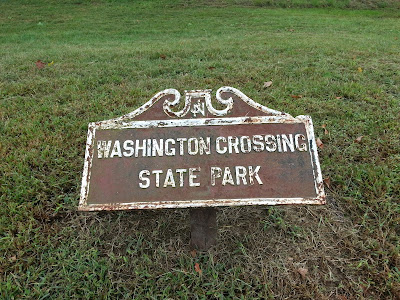 Everything was wet from the light rains and heavy mist that fell throughout the night. I made the decision to forgo using a soggy, leaf covered picnic table and used my camping table and folding chair from the parking lot, instead.  This was not the main parking lot, but a smaller one, farther in the park. It was literally a stone's toss from the river. 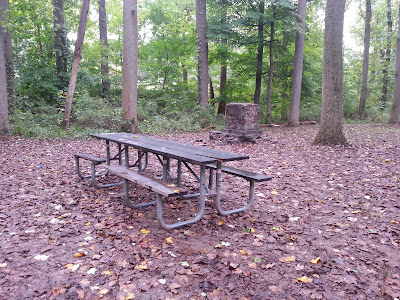 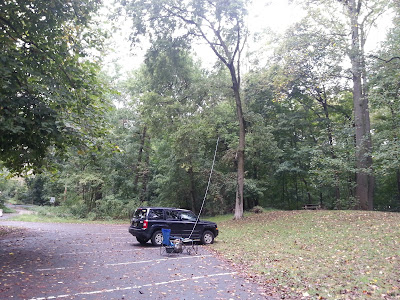 You can see the 25' piece of coax going up to the PAR in the tree. 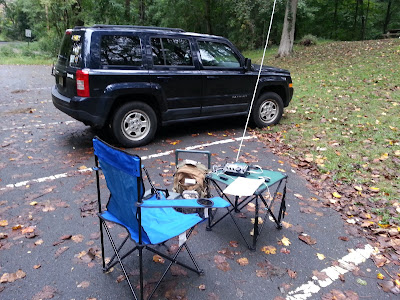 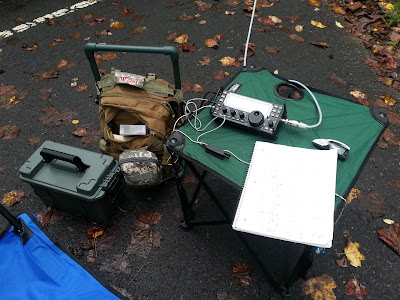 The set up was the usual, the KX3 at 5 Watts to a PAR END FEDZ 40/20/10 in a tree.  I got really good height this time. The PAR was easily 50 -60 feet up in the air this time. And that was evident with the results - 43 QSOs in under 90 minutes. 20 Meters was LONG! I worked Belgium, Croatia, Hungary, Slovenia, Mexico, California, Montana and appropriately enough, Washington State.  40 Meters got me up and down the east coast and as far west as Minnesota. 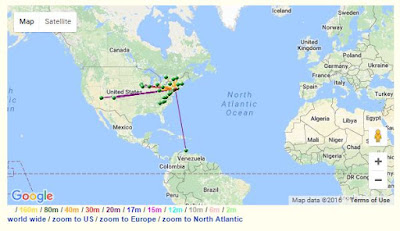 I called it quits after about 90 minutes as the QSOs were drying up and I was starting to get a bit chilled.  Oh, and there were skeeters! But NOT the kind that I like. I was swatting at them the whole time I was there. Who would have thought that mosquitoes would be out and about on a damp, and chilly day in the high 50s?  After I packed up, but before leaving, I walked around to snap a few more photos. 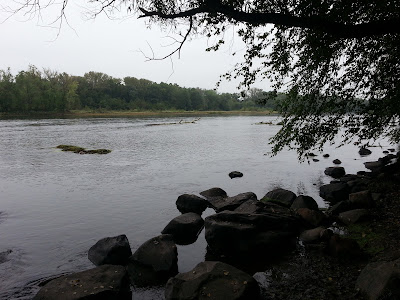 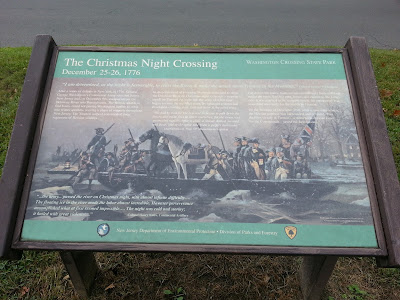 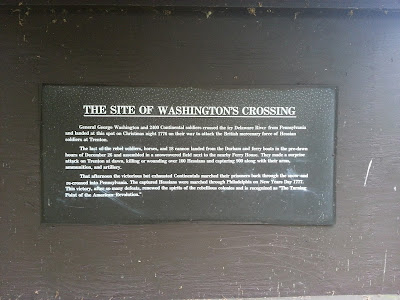 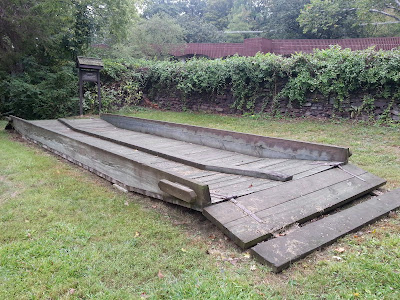 This is a re-creation of one of the "boats" that were in use during Colonial times to ferry people and supplies across the river. It's really not much more than a glorified raft. So the painting IS right. Washington stood ...... and do did everyone else! 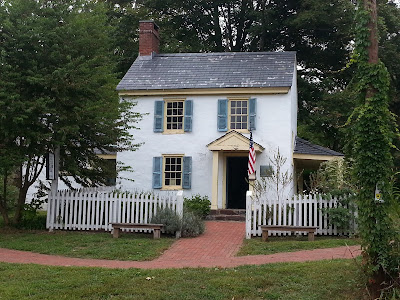 The house owned by the "ferry operator".
Later, when I had time to think about all of this, it was truly amazing.  2,400 men, some horses and artillery began silently crossing the river as soon as it got to be dark (There were British spies all over). Once they all reached the New Jersey side,they all marched the 20 or so miles to Trenton throughout snowy fields and made it there by daybreak. The effort just to get to Trenton must have been exhausting given the distance, the cold and the snow. Then they surprised the Hessians and won the battle without one Continental soldier being lost. Astounding!
All in all, it was another good NPOTA day. I thank all the chasers who worked me and I look forward to another adventure in a few more weeks - this time, maybe the NJ Pine Barrens.
72 de Larry W2LJ
QRP - When you care to send the very least!
Larry Makoski, W2LJ, is a regular contributor to AmateurRadio.com and writes from New Jersey, USA. Contact him at [email protected].