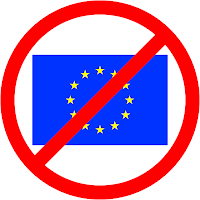 I’m not the first blogger to mention this item of news but it is certainly one topic that I could not allow to pass by without comment. According to the IARU Region 1 website, the EU Commission will be revising the EMC Directive and removing the exemption of amateur radio kits and modified equipment from its provisions. Products that are currently exempted would be subject to inspection and certification, a process which would make the production of kits hopelessly uneconomic. It would also potentially spell the end of home building and modification and prevent the importation of kits from the USA and other havens of relative sanity. No, this isn’t one of my April 1st spoof stories released from the Drafts folder by mistake!

I would hope that the IARU, the RSGB and other European amateur radio societies will make urgent representations to the EC to stop this proposal. But this is just one scary example of why I and many other like-minded people feel that we in the UK would be better off out of the European Union.

In fact, most of Europe would be better off without it in my opinion. Could somebody explain why, at a time when European governments are supposed to be cutting back on public expenditure, they continue contributing billions every year (only recently having voted an increase – the UK alone contributes £51 million per day) in order to fund this unelected and unaccountable Commission to employ people who live in cloud cuckoo land to produce unwanted, unnecessary and unasked-for legislation?