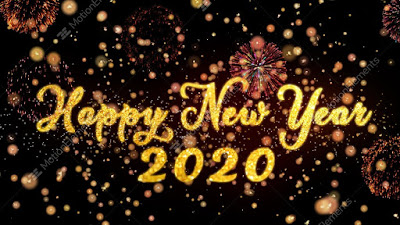 As 2019 moves closer and closer to becoming 2020 I wanted to spend time and look back on 2019. I looked at my blog posting history from 2019 and it was a slow year for posting. This had to do with working long hours and just too tired to get on the radio or to blog for that matter. My new Icom 7610 did not see too much operating time. During July, my wife and I had some heart-to-heart talks and I decided to retire. We both agreed it was time to move on to the next stage in life. The only thing that was holding me back was the change I had done the work thing at the same company for over 30 years. To just stop what I had been doing for so long made me feel uneasy but I put my notice in and by the end of July I was retired!
The next change was the location...... Julie and I both agreed that living in downtown Toronto was nice but it was time for a change. A slower pace was very agreeable to us both, so we decided to move to the east coast of Canada. We sold our condo in Toronto and purchased a home in New Brunswick and started to pack and move. I have to be honest I have NEVER made this many decisions in a single year in my entire life.
Fast-forward to the present.....we are settled in New Brunswick and my new call is a 2 letter call VE9KK. In Ontario, 2 letter calls are very very hard to get. In New Brunswick, I had a choice of 2 letter call signs. I chose a call that had good CW qualities. I have put up an EndFed antenna the property is small and the Endfed was my desk drawer taking up space, so I decided to put it into service. I'm now in my 5th month in New Brunswick and to date, I have logged 447 contacts as VE9KK and the first months at the new QTH I was unpacking and setting the house up. My first contact was on October 13 with IU8DON and since then I have logged more contacts in two and a half months than the first 7 months of 2019 as VE3WDM, I made a total of 311 contacts so it looks like retirement is treating me well in regard to my radio hobby.
I'm Looking forward to 2020 and what are my goals.......I want to look into the CWops cw academy program as this is really the only option I have found that works and can get my code on the upswing. Get involved with the local amateur radio club in town the Moncton Amateur radio club or MAARC. I would like to explore contacting some DXpeditions both CW and FT8 and or FT4. The above goals seem like a good start for the year as I don't want to go overboard with one hopeful goal after the other.
Merry Christmas and Happy New Year to all my blog readers.
Mike Weir, VE9KK, is a regular contributor to AmateurRadio.com and writes from New Brunswick, Canada. Contact him at [email protected].