I am a strong believer that “if it ain’t broke, don’t fix it.” I also find that, particularly if it is anything to do with computers, the law “if something can go wrong, it will” operates with near 100% certainty. As a consequence, I an extremely reluctant to upgrade or update anything unless it fixes a problem I’ve experienced or am likely to experience, or provides new functionality that I actually need. I get anxious whenever the “Windows has new updates” balloon pops up, worrying about whether my computer is going to get screwed fixing some obscure vulnerability I don’t understand in some bit of Windows I may not even use. 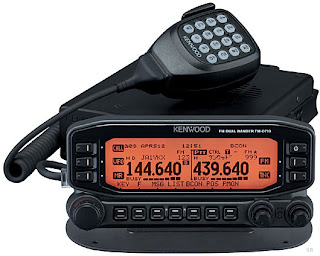 One of the problems of getting old is that you tend to forget things and sometimes I do something having forgotten that the day before I had decided there was no point in doing it. And so, this morning, I decided to update the firmware in my Kenwood TH-D710 in order that it could identify from APRS packets newer radios like the VX-8G and TH-D72, regardless of the fact that I hardly ever use the radio’s own APRS display and the update would not affect the ability of APRSIS32 to identify these radios on my PC.

I downloaded the update software, browsed the help file that came with it and then ran the program and followed the instructions it displayed. The update went without a hitch. I was a bit concerned when the concluding instruction was to perform a full reset, which I thought would erase all my settings, but I had not seen any dire warnings about this so I went ahead. Sure enough, on completion the Kenwood was now in factory default mode, with all my settings and laboriously entered memory channels lost forever! Arrghh! If only there was a System Restore for real life!

Kenwood does provide a free memory management program for the TM-D710, MCP-2A, which can be used to edit, back up and restore memories and settings. However it needs a second serial cable attached to a different port to the one used for the built-in TNC. I had never got around to making up another cable as I don’t need computer control of the radio and storing channels in memory manually isn’t that hard so I don’t usually bother with programming software. Besides, all four serial ports on the shack PC were already used. So I had never tried it.

In the hope that it would save me time re-entering the settings and memories, which I could then back up, I installed MCP-2A and moved my serial cable from the radio’s control head (the TNC port) to the PC port at the back. But no matter what I tried, the program could not communicate with the radio.

Now I’m completely stumped. I’m using the same PC serial port and cable as I used to perform the upgrade and access the TNC, so the port and serial cable work. I tried the “Auto” baud rate setting and several manual selections and it made no difference. As this is the first time I have used it, I’m wondering if the rear PC port is actually broken. Have I overlooked something stupid? Is there anything else I could try to test if it works?