Is This The End Of Ham Radio As We Know It? 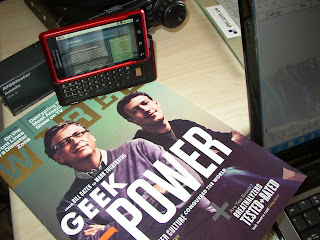 Is this the end of ham radio as we know it?

Boomer And Millennial.
I’m a late Baby Boomer born in 1964 at the tail end of my generation. Some say, we are the silent cohort, our voices eclipsed by earlier Boomers and the later Millenials. However, what is not recognized; we witnessed and actively participated in all the infant technologies that are now beginning to mature.

I played Atari with its read only memory cartridges. I have dialed both a rotary and touch tone phone. I watched wireless television succumb to cable when Home Box Office was a big deal on the block. We used push button remotes tethered to a cable before the ubiquity of wireless remotes. Remember, when someone actually switched channels on an analog dial?

I pushed eight track cassettes into players before cassette tapes ruled one’s Sony walkman. I participated in the battle of beta and VHS for dominance in delivering home entertainment; renting a movie was a big deal. Today, format competition continues as Blu-Ray wrestles for market share against that of DVD.

Change is not a big deal for the silent cohort or those thereafter, perhaps, it is expected, sometimes begrudgingly, sometimes with fascination.

Disruption.
However, even beyond the CQ Contest Digest discussion, a chasm exists between keeping ham radio in its purist form and technological progress. I hear those who are steadfastly resolved that ham radio is nearing an apocalypse — robots will soon replace humans in RadioSport?

I’d like to know, how many still spin their dial, looking for a DXCC counter given the near efficiency of spotting networks? Can one with a reasonable commitment to occupation and family afford such a time consuming luxury? Retirees need not answer that question.

The same is said, dial tone replaced rotary, compact disc replaced VHS, and liquid crystal displays replaced cathode ray tubes. What happened to auto-patch? Essentially, at the end of the day, it is digital change and the anxiety that follows the disruption of long established comfort zones.

Conclusion.
The Reverse Beacon Network Telnet Feed is not the end of ham radio. It is technological progression perhaps at the level of software and digital signal processing. I did not immediately leap to the idea that it is the symbolic end of RadioSport, rather, RBN is the result of hard work by a group of men who care about the longevity of ham radio.

RBN is a beginning and not the end.