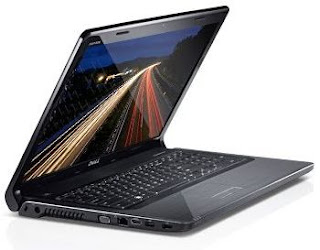 My new work laptop came this morning. It’s a Dell Inspiron 1764 with an Intel i3-350M(2.26GHz) Mobile CPU, 3GB of RAM and a 250GB SATA hard drive. It isn’t the most portable laptop, having – like the Toshiba it replaces – a full-sized keyboard and a 17.3in. widescreen display. It looks and feels absolutely gorgeous, the screen is superb, the keyboard perfect for my fat fingers, and it’s blisteringly fast. Click on the Firefox icon and the browser is there in a second or two.

What’s more, the Dell doesn’t cause any RF interference that I’ve noticed. The old Toshiba caused an increased level of hash that broke the squelch on my 2m FM receiver unless I cranked the knob round quite a way. Since I started receiving HF APRS I noticed that the Tosh caused a 3 S-point noise level on 30m as well, which all but prevented reception of any packets. So I am delighted with the new PC for that reason as well. I can now leave my radio station running all day as a VHF and HF APRS gateway while I work.

The old Toshiba had Linux installed on it early on in its life for security reasons plus the fact that Linux has some good web development tools. I was going to buy a PC with Linux preinstalled but I couldn’t find what I wanted so I resigned myself to paying the Microsoft Tax. The Dell came with 64-bit Windows 7. I thought that I should try it under Windows for a few days just in case there was a fault and I had to send it back. But to be honest I think I may stick with Windows. It looks more polished than Linux, it’s fast and I’ve already started to find replacements for the Linux tools I used. Firefox, which I spend most of the day using, looks and works exactly the same on both platforms, of course.

I certainly wouldn’t choose Windows 7 64-bit for a shack PC as there are too many compatibility problems with popular hardware and ham radio applications. But for what I need to do to keep the business running it looks like being a good choice.