1. Is it possible (i.e. cost-effective) to implement in the cpu some mechanism that intentionally disables it after a predetermined amount of usage?

2. Can such an implementation be made undetectible?

3. Do any cpu manufacturers actually do this?

A few months ago I wrote about some failing technology, now I got the feeling there is a conspiracy going on. After a succesfull restore of my Windows Vista OS and some radio software like WSPR, HRD, JT65HF.  And finally installing the drivers to communicate with the radio. I could not start the computer yesterday, fans were running but that was it. First I thought it was the videocard, but replacing it by a new one I already bought last year did not change anything. There were also no usual beeps from the bios and the LED which is normally blinking was not doing anything as well. So what could I do? I checked memory and all connectors, they were all ferm in place. I suspect the powersupply but what if I buy a new one and it is another problem? Well, I decided to bring it to the nearest computershop for examination so we have to wait. But now the strange thing…..a colleague from my job has exactly the same computer. He had  the same problem with the videocard in the warranty period. And believe it or not this morning I told him my computer had probabely died, he couldn’t believe it as he has exactly the same problem and experience with his computer since last weekend !!!! So that’s why I think this has to be a kind of insidious computer hardware conspiracy !!! 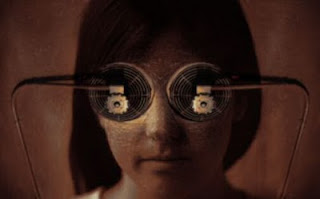