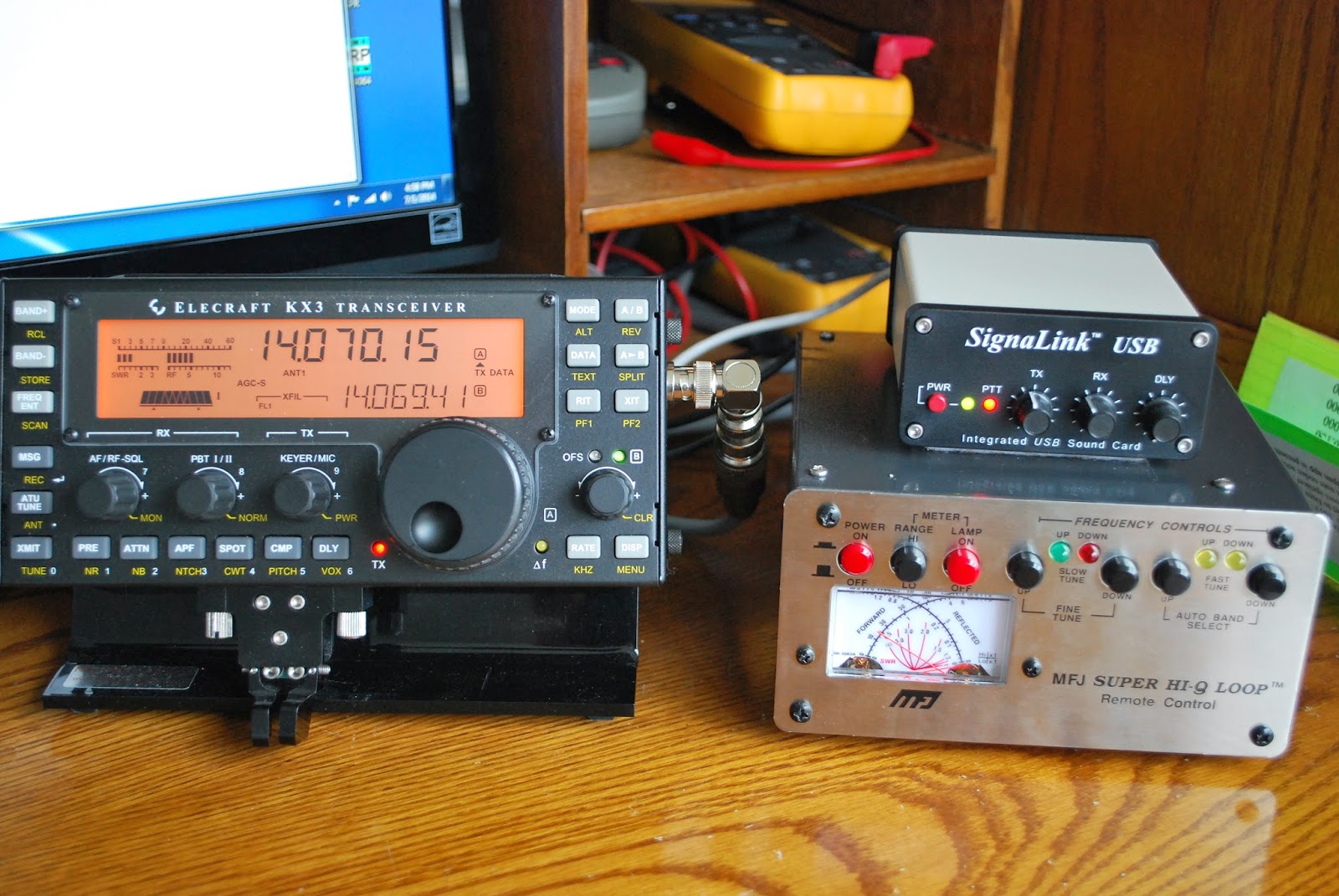 Last weekend I was able to setup my Elecraft KX3, Toshiba netbook and Signalink for digital operations. The first mode I chose to try out was PSK31 as I had used this mode in the past and was somewhat familiar with it. The software I chose to go with was Digipan and again it was software I had used in the past. The sound card set up as I remember can be very frustrating but Signalink has provided a very good step by step setup for windows 7. Once I was finally setup and had the software and rig co-operating I only had time to receive some signals from the waterfall. Seems the setup is working just fine on receive (20m at the time) as I was able to decode France, Germany, U.S and Italy. I did try to answer some CQ's and was not heard but as I said time was running out for radio time and I had to pack it in. Some if the kinks that still have to be worked out are….
1.  Getting the macros set up the way I want them.
2.  Fine tuning the settings on the KX3 for digi operations.
3.  For some reason the output on the rig is set to 5 watts but the Isoloop control box only shows 1 watt              output but I also have my LP100 meter hook in (which for some reason started working fine again) as well and it shows about 4.87 watts.  Im going with the LP100 meter.
4. Digipan does not have CAT control Im told you have to use another program for that. CAT control is nice for band changes compared to dialling band changes.