Field Day always followed the end of school and the start of the summer holidays so it was always a weekend that I looked forward to, months in advance.

I always went out with the Vancouver Amateur Radio Club (VE7ARV) who used the same spot each year, just above the last street of homes high up on the slopes of West Vancouver ... it was at the base of Hollyburn Mountain and was a spectacular visual site, giving southerly views from east through west. At times it seemed like you could almost see California from up there ... it was a great spot for both HF and VHF. Our Field Day site has long been reclaimed by palatial-sized home in the prestigious 'British Properties' region of Vancouver's North Shore.

Sadly many of the organizers and operators that I remember from my youth are now long gone but they were an enthusiastic group of old-time hams that always had the time to make a young kid feel welcome and part of an important operation. Many of the same fellows were responsible for a lot of teens getting their ticket back in the late 50's and 60's. Tuesday nights were always spent in the basement 'classroom' of Hedley Rendell, VE7XW, who gave so much of his time to Elmering prospective hams as well as providing the trailored crank-up towers for our FD operations. He later established Rendell-Paret Electronics in partnership with Bill Paret, VE7AM, and the contents of Hedley's vast basement collection of parts was the beginning of a business that still flourishes to this day.

Field Day always had many high points for me. One of the best was being able to operate some top-notch equipment compared to my humble home station which consisted of an old Heathkit AT-1 and VF-1 VFO and then later, a much-used DX-35, purchased on one of the family's summer shopping trips to Seattle. In those days, the city was home to several ham radio shops and at least a dozen radio-surplus stores, all now long gone.

There were usually a couple of Collins 75A4's and later, state-of-the-art Drake 2B's. The Johnson Ranger was always reliable and such a pleasure to operate but there were always a few hundred-pound hernia-makers like the Heathkit DX-100's and the Johnson Viking II's that had to be lugged from back seats to tents every year. That's where us young guys came in handy. 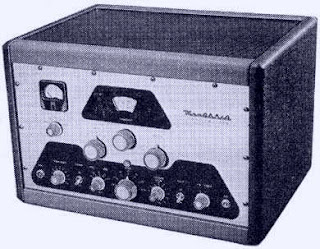 I usually took the 40m CW shift and would operate all night. The band was always amazingly crowded with nothing but FD stations throughout the entire activity ... even the 40m phone band was plugged solid with AM action, all working the FD contest. I would never ever sleep at Field Day and would go home exhausted, usually sleeping an entire Monday, to recharge my battery ... fun days.

I haven't been out on Field Day since my late teens as other things in life became more important but I'll never forget those wonderful weekends and the great fun that was had, so many years ago
Steve McDonald, VE7SL, is a regular contributor to AmateurRadio.com and writes from British Columbia, Canada. Contact him at [email protected].