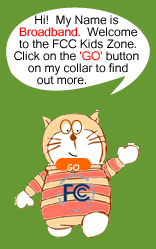 I hate to use a Cavuto-style question as a blog title, but to borrow a Beckian phrase this week I'm feeling like the "question needs to be asked".

Here's an inquiry to the FCC that was posted on the digitalradio 'flector regarding the new ROS rigital rode:

Description* : Within the past week, a new digital mode - called ROS - has surfaced on the HR amateur bands. Its creator refers to it as spread spectrum, but there is some debate over whether the mode truly represents spread spectrum as defined by the FCC. I am writing to request a review of the creator's documentation, which I have attached, and a formal ruling on whether this mode is legal for use below 222 mHz by licensed U.S. amateurs. It would be very helpful if the FCC, upon completion of this review, would distribute a public announcement of its determination to appropriate amateur radio and media outlets. Thank you very much in advance for your time and prompt attention to this request. I look forward to hearing from you soon.

And here's the response from the FCC:

Section 97.305 is the rule that specifies where different emission types are allowed to be transmitted on different bands. "ROS" is viewed as "spread spectrum," and the creator of the system describes it as that. We assume that he knows what he created. 97.305 authorizes spread spectrum emission types (defined in Section 97.3) to be transmitted by FCC licensed amateur stations at places we regulate communications only on 222-225 MHz and higher frequency amateur bands. European telecommunication regulatory authorities may authorize amateur stations in Europe to use SS on the HF bands, but this is of no concern to us. The Commission does not determine if a particular mode "truly" represents spread spectrum as it is defined in the rules. The licensee of the station transmitting the emission is responsible for determining that the operation of the station complies with the rules. This would include determining the type of emission the station is transmitting and that the frequencies being used are authorized for that type of emission.

Should you have any further questions, or need additional information, please contact the ULS Customer Support Hotline at (877) 480-3201, selecting option 2.

I'm guessing "option 2" routes the caller to an endless audio loop that says "I don't know, you figure it!" or "Sucks to be you! Ha ha ha!". But seriously, how lame is this answer from secret agent 3820? So the FCC just takes for granted whatever the developer determines the mode actually is? I'm sure that they wouldn't take that position in an enforcement case. However, if that's how they roll, I'm developing a new mode that is a digital micro-powered voice communication mode that is Part 15 compliant. It's actual AM running at 100kW, but with my newly developed method of measuring power for this special mode, it's really 1 mW. It says so in the documentation and being the developer of the mode, I should know. What's that? FCC enforcement officers at the door? Tell them to go pound sand! I'm responsible for determining if my emissions comply with the rules, not them. And I live in the Republic of Texas where their laws don't apply. (I redrew the map on my wall.)
I keep asking myself if this whole ROS emissions issue is a hoax. Maybe I'm getting less trustworthy in my old age, but honestly if this was April 1 I'd being laughing instead of sighing.
Part 2 of this series will hopefully be coming out tomorrow. By the way, kudos to N3TL for asking the FCC for an official ruling. At least he tried. I'm going to submit an inquiry in to the FCC Kids Zone. Perhaps Broadband the Cat will release an official ruling.
UPDATE: Now there's an article by N3TL on the 'zed regarding this issue and there's a similar inquiry going on now with CHIP64.