During the past few projects I'd noticed a serious diminishing of my 1/4 watt resistor stock and decided to see what was available from e-Bay.

Many of the dealers in China were offering various packages at reasonable prices and it is hard to resist 'free shipping'.

After narrowing things down I decided on one particular dealer, electronics-salon, who had only five minor complaints in over 17,000 transactions during the past 12 month period. As well, he seemed to be selling only high-quality components, unlike many of the sellers from China.

The offering was for:

With free-shipping, the cost was just over one-cent per resistor and would nicely re-stock my 1/4W trays as well as provide me with many more values to choose from than at present...hard to resist!

The resistors arrived, packaged as shown, at the normal 'free-shipping' (slow) rate, which I don't mind. I selected three values to test and three samples of each value...120K, 68K and 8.2 ohms.
All resistors were within their 5% tolerance rating except for one of the 8.2's which measured 7.6 ohms... 2% out of tolerance. 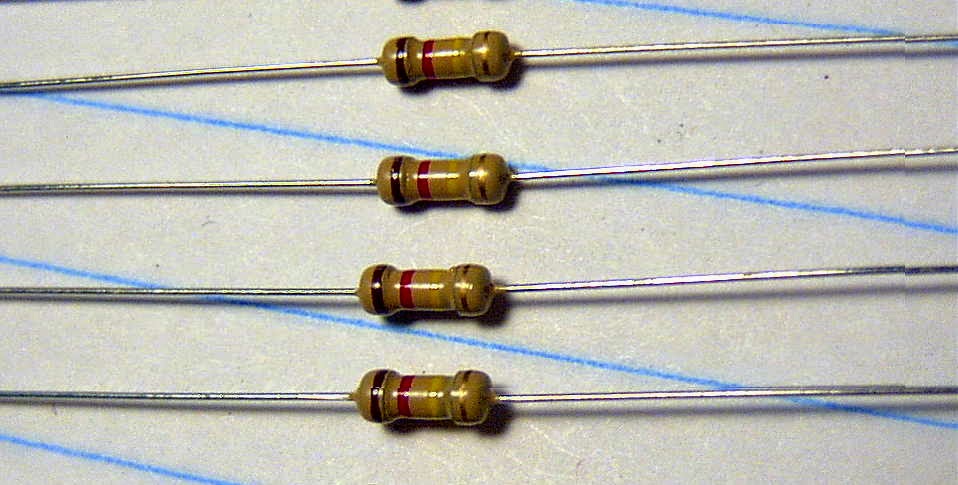 I next smoke-tested a 680 ohm resistor for five minutes at slightly more than 1/4 watt dissipation. Measuring the resistor immediately after revealed that there had been no change in resistance.

Overall I am pleased with this purchase and would buy from this particular e-Bay seller in the future.