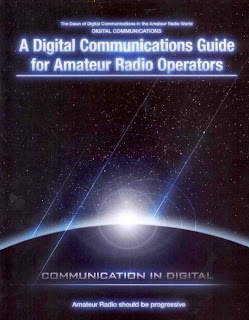 In 2012 Yaesu will introduce a range of digital voice radios to the amateur market. They have published a Digital Communications Guide for Amateur Radio Operators that describes their new system and answers some questions about it. Yaesu’s offering seems to be compatible with Motorola’s professional  digital mobile radio system, which offers hams the possibility of a second source of compatible equipment on the surplus market – not that used professional Motorola radios have ever been cheap. But the Yaesu system will not be compatible with D-Star. No surprise there, then.

I have always believed it was a foolish move for ham radio organizations like our RSGB to allow themselves to be bamboozled by Icom into permitting the creation of a digital network that gave one supplier a monopoly. Repeater groups and their members who have made substantial investments in D-Star technology are not going to want to switch to a different digital mode that makes existing hardware obsolete. On the other hand, D-Star itself is becoming an outmoded technology in digital terms. Hams who have been sitting on the fence looking for an up to date alternative that doesn’t involve buying Icom are not going to plump for one system or the other while the future looks like being fragmented into rival factions. It will be like the video war between VHS and Betamax.

I think Yaesu’s announcement will kill the already lame duck of D-Star and ensure that analogue FM remains the dominant mode on the amateur VHF bands and up for years to come.