DMR – Joining the Dark Side! 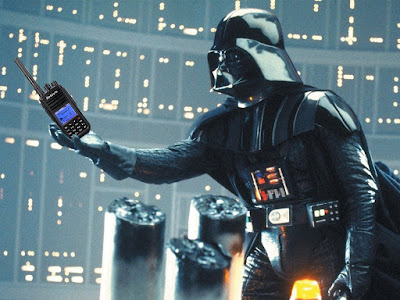 As a birthday present to myself I have just ordered a Retevis RT3 DMR hand-held off eBay which should be delivered just after Christmas.

South Kesteven ARS had a talk in October by Sean Burton 2E0ENN about amateur DMR where he demonstrated some handsets and the new DV4Mini which allows gateway and internet linking for the various networks, DSTAR, DMR and System Fusion. This piqued my interest in the DMR scene.

As I posted last time I dabbled a few years ago with decoding PMR DMR using software and a sound card but they were very hit and miss at the time. I reacquainted myself with the various projects and using the FUNCube Dongle Pro+ and the latest version of DSDPlus (support forum at RadioReference.com) monitored the nearby GB7RR DMRPlus repeater managing to get some reasonably clear decodes of some amateur transmissions.


I decided to dig out my Realistic PRO-2022 scanner and using a discriminator tap fed into the sound card got slightly better quality decodes.


Doing some research and reading a couple of reviews had decided I was going to get a Tytera TYT MD-380 when funds allowed but spotted the Retevis RT3 which appears to be identical and slightly cheaper.

I know some people wince at the thought of DMR and issues with proprietary technology used in some of the systems but I think the genie is out the bottle and it isn't going away soon. Adoption of DMR appears to be growing with talk of restructuring of talk groups needed to deal with the growth (whatever that means!) so I should at least get my feet wet and understand the technology.

I registered for an ID, now off to decode the jingo and understand all this talk of codeplugs, talk groups and time slots.
Andrew Garratt, MØNRD, is a regular contributor to AmateurRadio.com and writes from East Midlands, England. Contact him at nerdsvi[email protected].

One Response to “DMR – Joining the Dark Side!”