I’m not a serious contester – how could I be with attic antennas? – but when I’m in the right mood I do find contests fun. And the CQ Magazine contests are, in my opinion, the best of all. Even though I’ll never submit a log that appears more than a few lines up from the bottom of its category, I still get a buzz from that feeling of taking part in a big event. For those making a serious effort it is a big event, and I know that they do appreciate the points they get from working little popgun stations like mine. The big contests are important events in the ham radio calendar, and those who don’t wish to participate can always use the WARC bands or a different mode for those few days a year that a big event is on. 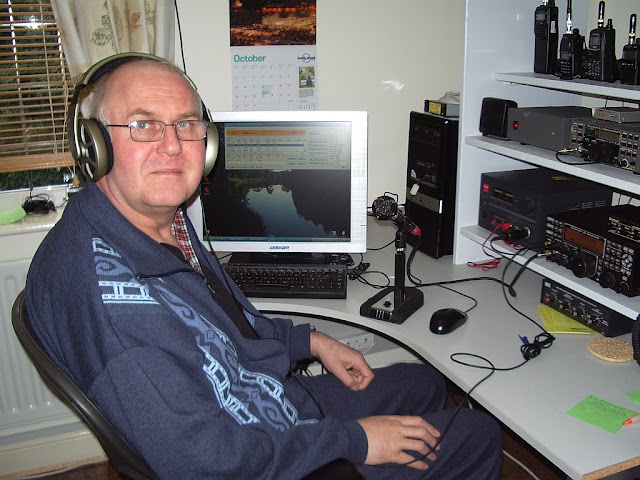 Last year I didn’t even feel like switching on the radio for the contest, so this year’s effort marked a bit of a personal milestone. As I am only taking part for fun (though why else would anyone participate?) I thought at first that I would use the KX3 and make a QRP entry. But I soon changed my mind the afternoon before the contest when I tried to call some of the contestants who were checking out their stations and not one of them even acknowledged my calls. I decided that this contest is not the place for QRP, so I used my K3 with its 100W PA instead. Despite this there were still a few stations who didn’t seem to hear me call. I guess they were not using Elecraft receivers!

I take my hat off to those who do submit QRP entries, particularly those who in the spirit of QRP use simple wire antennas. Roger G3XBM deserves a special mention as from the look of it he did as well with 5W from his FT-817 and halo antenna as I did with 100W and a dipole.

I set myself a target of 100 contacts and thought I would start off on 10m and see how it goes. In the event I made 128 contacts and there was so much activity on Ten that there was no need to try any other band. I amassed (if that’s the right word) 203 contact points and 53 multipliers for a submitted score of 10759. Time spent was the main limiting factor: I spent a few hours on Saturday and slightly less on the Sunday, and didn’t operate during the evenings at all. I could have submitted a check log but by sending in a normal log I will have the added interest of seeing how far from the bottom of the category I have come!

During the contest I took time out now and again to make tweaks to my logging program KComm. I actually found a bug that has still got me scratching my head. If you enter the contest exchange (CQ Zone in this case) as a single digit (such as “5”) the value is not written to the log file. I worked around it by remembering to use two digits (e.g. “05”). Hopefully I can fix this before the CQ WW CW contest.

There is not much worth noting in my log. South America and Australia are notable for their complete absence, though I did hear a couple of Brazilian stations. Gotaways were Vietnam and Thailand. They would have been all-time new countries for me, but I just couldn’t crack the pileups. New countries I did get were Ceuta & Melilla, Greenland, Tajikistan and Kosovo, which set me scurrying off to get a new wf1b.dat that included this new entity.

China I have worked before, but I missed a second Chinese station in a different zone because I just could not make out his call. I think some operators don’t realize that if they spoke a bit more slowly and used a bit less compression (okay, a lot less compression) they would make just as many contacts and would have their call entered correctly in a lot more logs. One station told me “we have worked before” as a result of a logging error by me because the first time I mis-heard his call.

All in all it was a fun weekend. Now back to WSPR!