Archive for the ‘internet’ Category 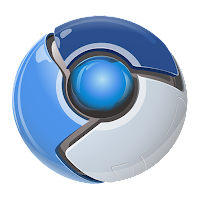 Goodbye Chrome. It was fun while it lasted. But in the last day or so Google Chrome has become so crash-prone that it is unusable. Suggested solutions amounted to disabling plugins and add-ons but my installation was pretty basic apart from AdBlock. Nevertheless I took the step of uninstalling Chrome completely and then reinstalling again. But it still crashes. Just trying to sign in to Yahoo is enough to crash it.

So it’s back to Firefox. I don’t have time for flaky browsers.

I’m still getting the repercussions from the lapse in attention which resulted in LinkedIn sending invitations to anyone who has ever emailed me. Most people have just deleted or ignored them. A few were concerned that the email might have been a virus and contacted me to ask if I really had sent it. But now LinkedIn is emailing everyone who didn’t reply with a message saying I’m still waiting for them to accept the invitation.

A few people have been annoyed by these emails and have asked me to stop sending them. Unfortunately the deed was done a few weeks ago and I have no idea how to put a stop to it. If I had known that it was going to cause this much hassle I wouldn’t have even considered accepting someone’s invitation but hindsight is a wonderful thing that I unfortunately don’t possess and now there is no undoing it.

It was not my intention to spam you in any way. Unfortunately I didn’t look carefully enough at what was displayed so that instead of emailing just those whom I had painstakingly selected from the list, the invitations went to all of the hundreds of addresses in my Gmail contacts list.

It was a real Aargh! moment, but by the time I had uttered the exclamation it was too late! Judging by all the invitations I have received in the past from people I don’t remember, I don’t think I am the first person to have done this.

It was inevitable this would happen: someone has started a Yahoo! group for the JT9 mode. Pity they couldn’t have made it a Google group like the one for JT65A but I guess more hams have Yahoo! accounts than Google accounts.

There was already a fairly quiet WSJT group but this will keep the discussions about using JT9 on HF separate from the rather esoteric MS and EME stuff.

This is not much to do with radio. But I know that many of you have your own websites and will probably find this of interest.

A couple of days ago I discovered that one of my websites had been hacked. Not G4ILO’s Shack, but the other one which still continues to earn us a little bit despite receiving only the barest maintenence in the last two years.

I opened one of the pages and instead of the expected content a server error message appeared. My first thought was that the hosting company had changed some setting so I fired off an urgent support ticket. They responded saying that some of my files had been “compromised”. Sure enough when I looked at one of the files there was some code I didn’t recognize. This code referred to a file that had been added which was zero length, and that was causing a 500 server error. I deleted the file and every access now caused a 404 “file not found” error. Eventually I found that the .htaccess file had been hacked and some code added which was being executed for every single file access.

The timestamp showed that the .htaccess had been modified a week ago on 19th March. Because of the web browser caching we had not noticed the error messages any earlier. Google had visited the site in that time however, and had received a server error for every page it tried to access. So now the site had dropped out of Google. Thanks a lot, hackers.

Further investigation revealed that the hackers had modified almost every .php file on the server. They had inserted some code at the beginning of every file, apparently meant to disable error reporting. They had inserted some other code into one .php file that was included in every page. However, something in what they had done had the effect of disabling PHP processing with the result that the PHP code was sent to the browser instead of being executed.

If you are expecting a lesson to be learned as a result of this story, I don’t have one, other than if you want a quiet life stick to blogging, don’t try to run your own website. If you do, visit your site every day and check for changes.

I have no idea how the hacker managed to gain access to the files on my shared web server. If they did it once they could do it again. I don’t believe that my passwords were compromised as they are randomly-generated, but I changed them anyway. Altogether this episode lasted for several stressful hours – time that I would much rather have spent trying out the latest WSJT-X program.

The DXMaps website run by Gabriel EA6VQ needs your support. This is the site that plots contacts spotted to the DX Cluster on a map, band by band, to show propagation in real-time. It is especially invaluable during the summer Sporadic-E season to track the rapidly-moving band openings.

The trouble with any web site is that if it becomes very popular the costs of running it grow beyond what most people can afford as a hobby. According to EA6VQ the cost of a new dedicated server for the site will be $250 a month. So he is asking users to become “supporter users” by donating $33 US per year. But any donation is welcome.

If you are an active operator, especially on six metres and up, you will know how invaluable DXMaps.com is. Hopefully hams will step up to the plate and send Gabriel a donation.