Calibration of the M328

Now this is where it all gets very interesting!

When I watched the VK3YE  video (A number of times may I add), I had always wondered about the 35pF offset and why Peter couldn't eliminate it? I had read the manual written by Karl-Heinz Kubbeler, upside down and inside out around the area of calibration (Section 3.2). I had felt maybe Peter had missed a step, or maybe two? But it would only be when I finally built the project I would be able to put my theory into action! After all I couldn't just pop over to Melbourne and explain, it is not a couple miles down the road from the UK is it, and doubtful some nut with a theory would be welcome asking for a phone number anyway?? 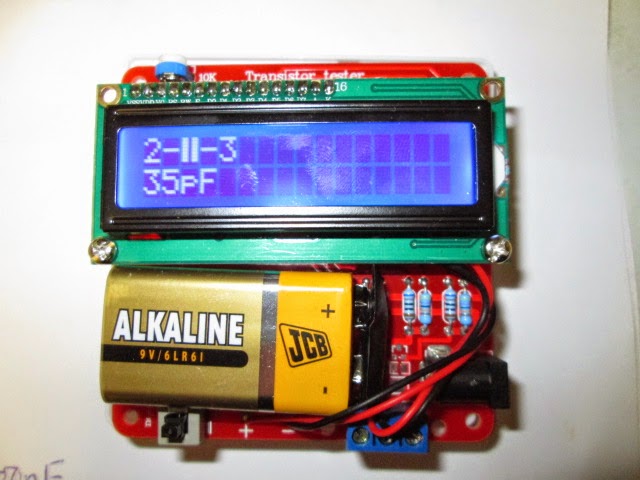 Before you start calibration you will need to make yourself a three pronged shorting link, and a get a 100nF (0.1uF) Capacitor. The Value can be greater, but not less than 100nF, which will be required for the final part of the Cal procedure: 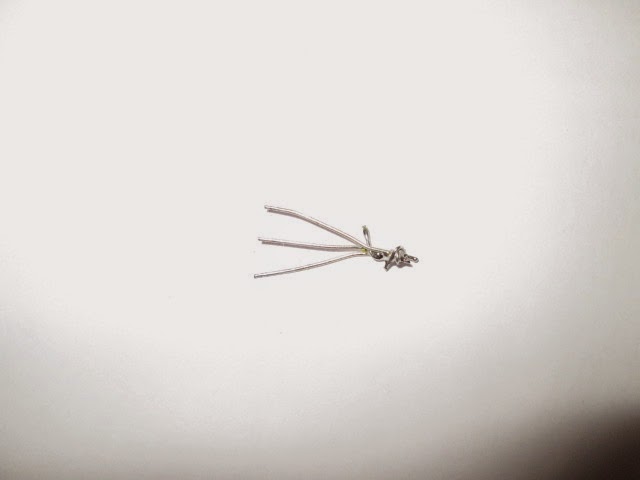 You then insert the link into all three terminals (1,2,3) on the bottom terminal block, make sure the connection is tight. Press the On button this will put the unit into Self Test Mode: 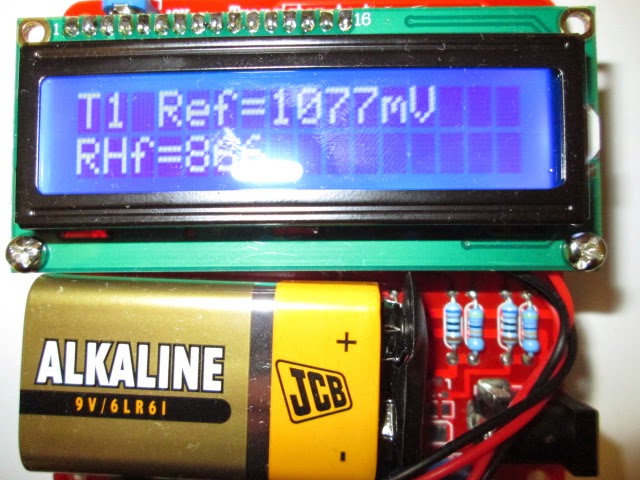 When it gets to "T4 Isolate Probe" which I assume means Test 4? Remove the Link smartly! Do NOT touch any parts of the unit: 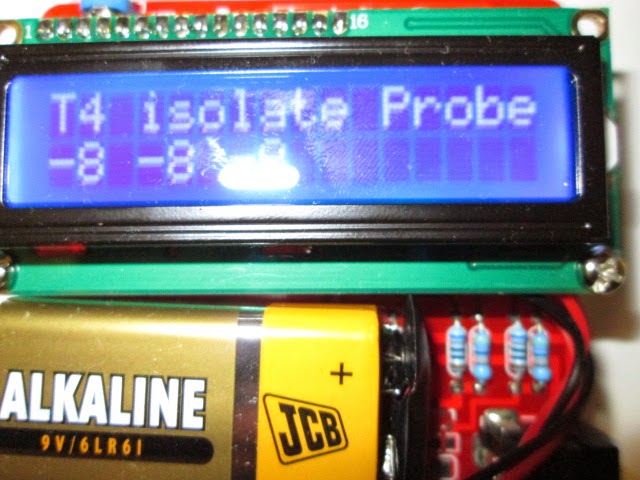 Let it move on, until it gets to the last screen which at this point you will require the 100nF Cap and Insert it between Terminals 1 & 3 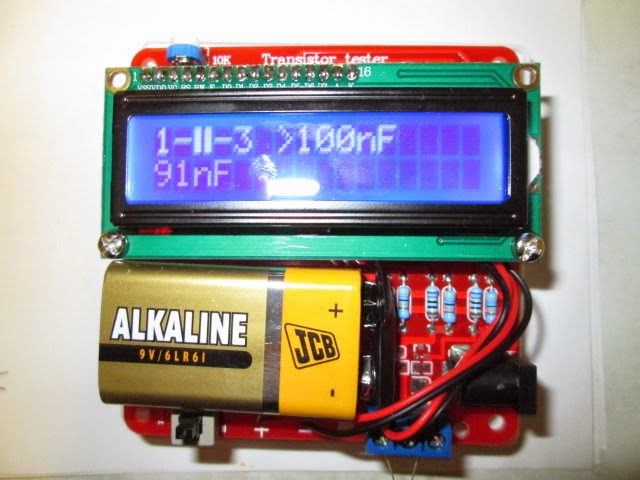 Leave the Cap connected, you will see this value pulsate on the bottom line of the display as it is calibrating. Mine read 91nF. It will keep pulsating the value until the test concludes (can take about 2 mins?). When the test finishes it will exit the calibration mode as indicated on the display, reverting to testing the Capacitor and indicating the value being tested as below:

(Sorry about the breadcrumbs on the bench, this is how one works when into resolving problems) 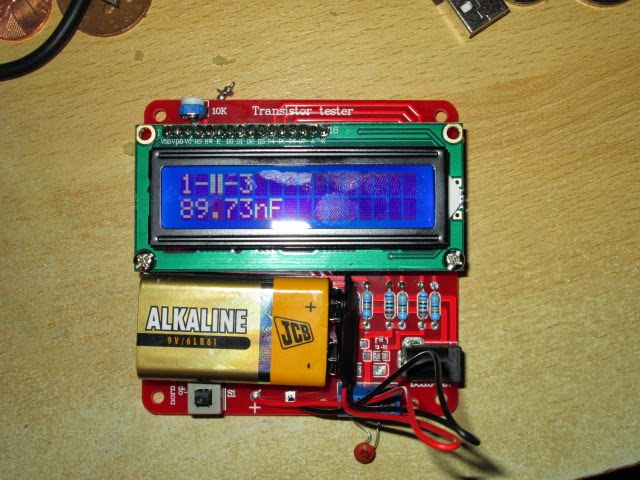 The unit then times out after about 30 secs and switches off.

Now if you have gone about this procedure correctly, when you next turn on the unit it will no longer display the 35pF offset as shown at the start of this blog,  the Display will show the following after the initial Volts check and sign on etc: 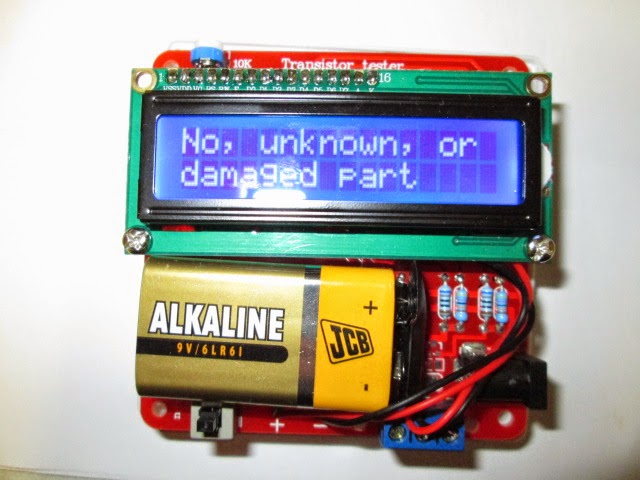 You are now ready to start testing your components. Which we will come to in Part 3.

Shortly after I proved my theory about the elimination of the 35pF offset, I contacted VK3YE via email. Peter came straight back with a BIG thank you, after he too had tried my method out, and it had worked on his unit first time! The only problem he had found, he couldn't then test small value capacitors? Eg: 47 pF measured fine (48pF) but 22pF was not recognised Hmmm!

I spent my teatime reading the manual again, and found it!:

One Response to “Building the M328 component tester (2)”