Battery problems and a solution 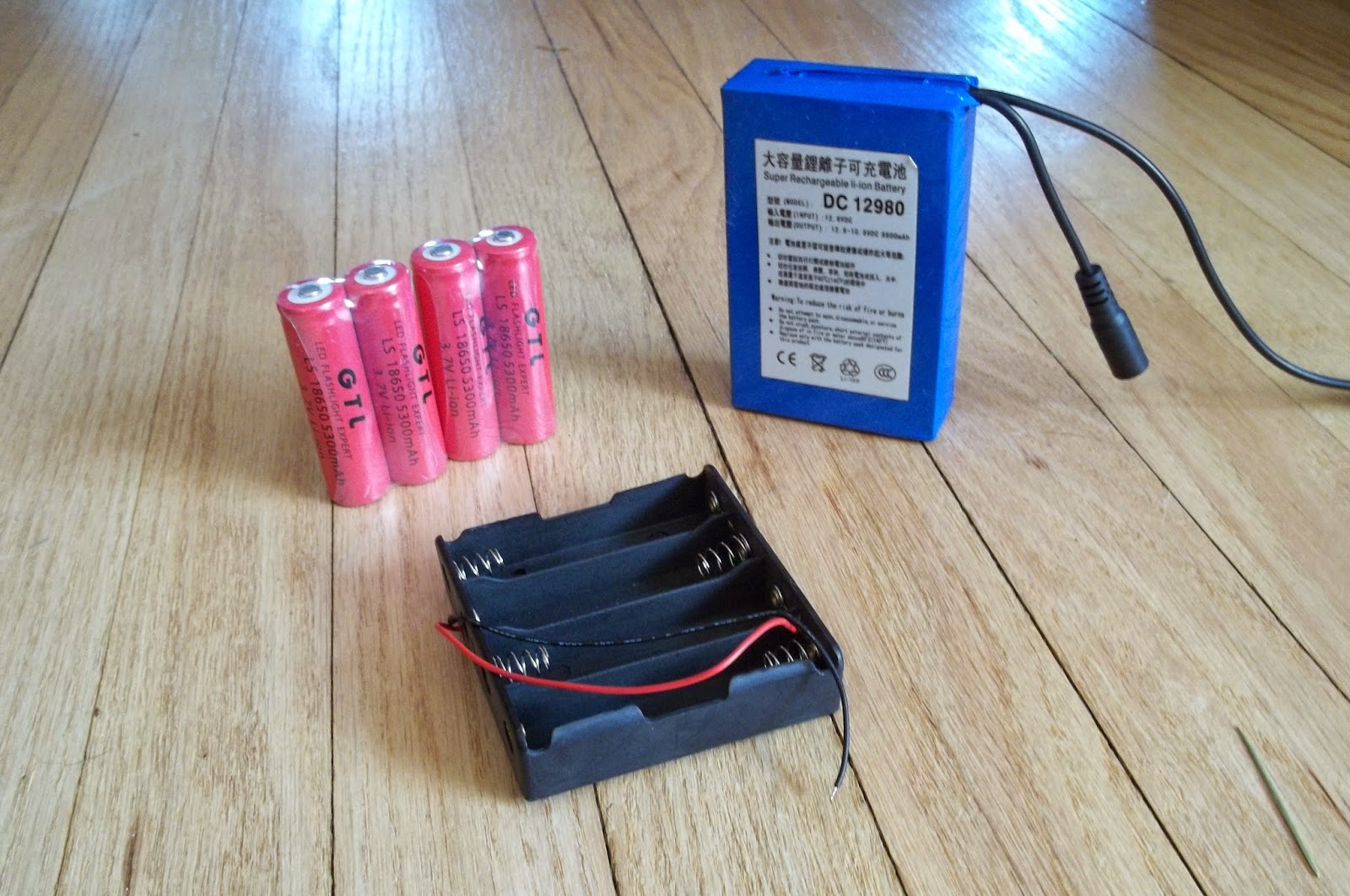 My Chinese Li Ion battery “ol’ Blue” (upper right) has given up the ghost, much the same as Mike VE3WDM has written over at his blog.  In my case, the battery will not take a charge.  The output from the wall wart charger is perfect, but no matter how long it’s connected to the battery, the battery itself will not charge.

I suspect either a faulty cell or perhaps a fault with the little regulator board that’s inside the blue shrink wrap. So the decision had to be made.  Even though the price is relatively cheap, do I buy another Chinese battery or try something else? Do I go back to hauling around my small, but heavy, 5 Ah sealed lead acid battery?

I have a charger that will handle 18650 type Li Ion batteries, as these are what go into the tactical flashlights that I keep in my CERT pack and my radio “Go Pack”.  So I figured that since I already have half of what I need, that I would go a different route this time.

I purchased a pack of 10 type 18650 batteries (upper left) from an American vendor.  The ones I bought are 3.7V and have a rating of 5300 mAh.  I also purchased two of the 4 cell holders that you see above. This gives me two 14.8V, 5300 mAh batteries. All I had to do was solder on the connector that goes directly into the KX3.

I tried them out today and they seem to work without any problems.  I will use a fresh charged pack tomorrow for FOBB and will see how long one pack lasts before I have to switch over to the backup pack.

4 Responses to “Battery problems and a solution”