And so they went, down the line of children.  After they were done, everyone left, but not before Donna had made sure that all the people who were there knew when to return on Christmas Eve for dinner.  There would be not only food, but also a huge Christmas tree complete with presents for all the kids.  Then the crew of volunteers tore everything down and cleaned everything up.  They all bid each other a good night and all agreed that they would be back for the big Christmas Eve party.

The next few weeks went by and they were busy ones.  Christmas shopping, decorating, school and work kept everyone at that all too familiar, hectic December pace.  Time seemed to evaporate. It was the week before Christmas, on a Monday evening when Jason Bolton received a frantic phone call from Donna Pescarelli.

“Donna… calm down!”, Jason said. “What’s the matter?  You’re so frantic that I can’t make out what you’re trying to say”.

“Oh Jason, I don’t know what to do!” Donna was half talking, half sobbing.  “I’m at the soup kitchen right now.  I bought a big tree for the Christmas Eve party, and was going to decorate it. When I got here, I found that someone has broken into the place. All the toys we had bought for those children…gone!  All the gifts for the parents… gone!  What am I going to do?” 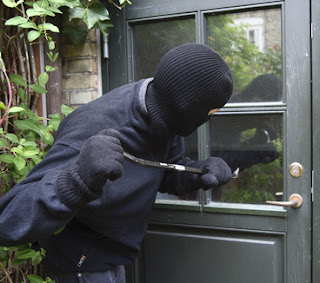 “Did you call the police?” Jason asked her.

“I’ll be right there. Get back to your car immediately and lock yourself in. Whoever broke in might still be close by.  I’ll call the police. Don’t get out of your car until I get there or the police do”.

Jason yelled for Davy to come downstairs. “Geez, what happened Dad? You sound pretty upset. Not anything I did, I hope?” Davy asked.  Jason quickly explained to his son what happened. he told him that he was headed over to the soup kitchen to meet Mrs. Pescarelli and that he would be back later. Davy was shocked, “Aww man! Who would do something so nasty, so close to Christmas?”

Jason answered, “I don’t know son, somebody desperate, I guess. But this really puts us in a bind. All those gifts were bought with money donated by our Church.  I don’t think there’s enough left to buy replacements. Anyway, I’ll be back in a while. I have my keys and I’ll let myself in. Go to bed your normal time, tomorrow is a school day. I don’t want to come home and find you still up, trying to work some Ham somewhere on the other side of the world!”.

“I won’t Dad, I promise.  Give my best to Mrs Pescarelli”.

By the time Jason got there, the police had arrived.  Unfortunately, the burglar had plied his trade all too well. He got in and out quickly, and without leaving a clue.  Even though it was a forced entry, the police were able to tell that whoever it was knew exactly what he was doing. 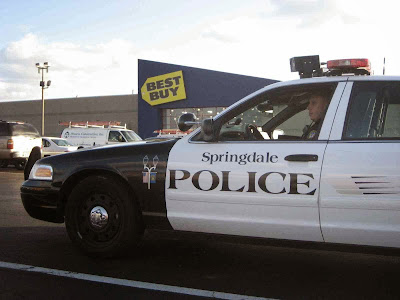 “Probably someone looking for money for drugs, Ma’am.” the police officer had told Donna. “Unfortunately, there’s too much of that kind of thing going on around the neighborhood here.  Even with all the patrolling we do, it’s hard to stop it all.  There are some “usual suspects” that we can question, but I’m afraid your stuff has probably already been fenced for drug money by now”.

After the police left, Donna sat there in disbelief. “Jason, what am I going to do now? Those kids were counting on me. I don’t want to add another disappointment to their lives.”

Jason was a shocked as Donna was. “I don’t know Donna.  I’ll start looking around to see if we can get some local businesses to donate replacements.  It’s going to be tough, though. Time is tight and so are people’s budgets.  But you know what?  Say a prayer and trust in God.  Something good will come out of this…yet”.

Jason got home earlier than expected.  Davy was still up, and they talked the situation over in the kitchen over some mugs of hot cocoa.  “I don’t know what we’re going to do, Davy.  Christmas is next week and time is running out.  I seriously doubt the church is going to have enough left over to replace what we lost.”

The two sat there, trying to work the problem out,  Then suddenly, Davy got an inspiration.  “Dad,  I think I might have the answer. The Twin Counties Amateur Radio Club is meeting tomorrow night. After dinner, I’m going to the meeting with Mr. Mason. Let’s see if him and I can’t get a bunch of the guys to do something about this.”

“Dad, it’s the annual club Christmas party tomorrow night.  This is a great bunch of Hams, even if they are all older than me and Jimmy.  A lot of the guys like to come off as grumpy old men, but you know what? Underneath their gruff exteriors, they’re the best! And besides, Christmas is the time for miracles, right?  I’ve got to call Mr. Mason, right now before I go to bed and let him know what’s happened.”

Davy called George and let him know what had happened down at the soup kitchen.  At first, George was as shocked as Donna, Davy and Jason.  But then, some of that ol’ Ham “can do” spirit surfaced and George ended the call by telling Davy not to worry about a thing.

One Response to “Another Christmas Story – Part III”