26 January 2014 | by Andrew MØNRD  |  Share |  Tweet |  Leave a Comment (0)
Excellent service from Waters and Stanton, Radiozing and M0CVO Antennas meant my FT-857D, PSU and HF antenna arrived the day after I ordered them. They have however sat in the boxes while I have struggled to reorganise my workshop/shack after the Christmas chaos.

I have disposed of a lot of junk being quite ruthless to reduce the clutter and have completely changed the layout, increasing the size of the desk and putting it on the other side of the room next to the workbench, which is much more logical.

I have finally summoned up the courage to drill a large hole in the wall to allow the antenna coax to enter properly, previously it has been done by squeezing it around the door!

Unfortunately the weather this weekend has been horrendous, yesterday I planned to erect the antenna but gave up following the intense squall which hit in the afternoon with thunder, lightning and hail! Today hasn't been much better with heavy rain for most of the day, the rain did finally eased off so I managed to erect a temporary mast with the 144/430MHz collinear on the top and the HF antenna underneath.  I know this isn't ideal as the mast is metal and may affect the HF, but seems okay. The forecast for the next few days is also a bit worrying but the mast is guyed at two heights so should be secure.

I have literally just turned on the FT-857D and had a quick listen on the bands, it is very daunting for this first timer! The first thing I have worked out is how to drop the power output, current set a 5W for HF and VHF/UHF 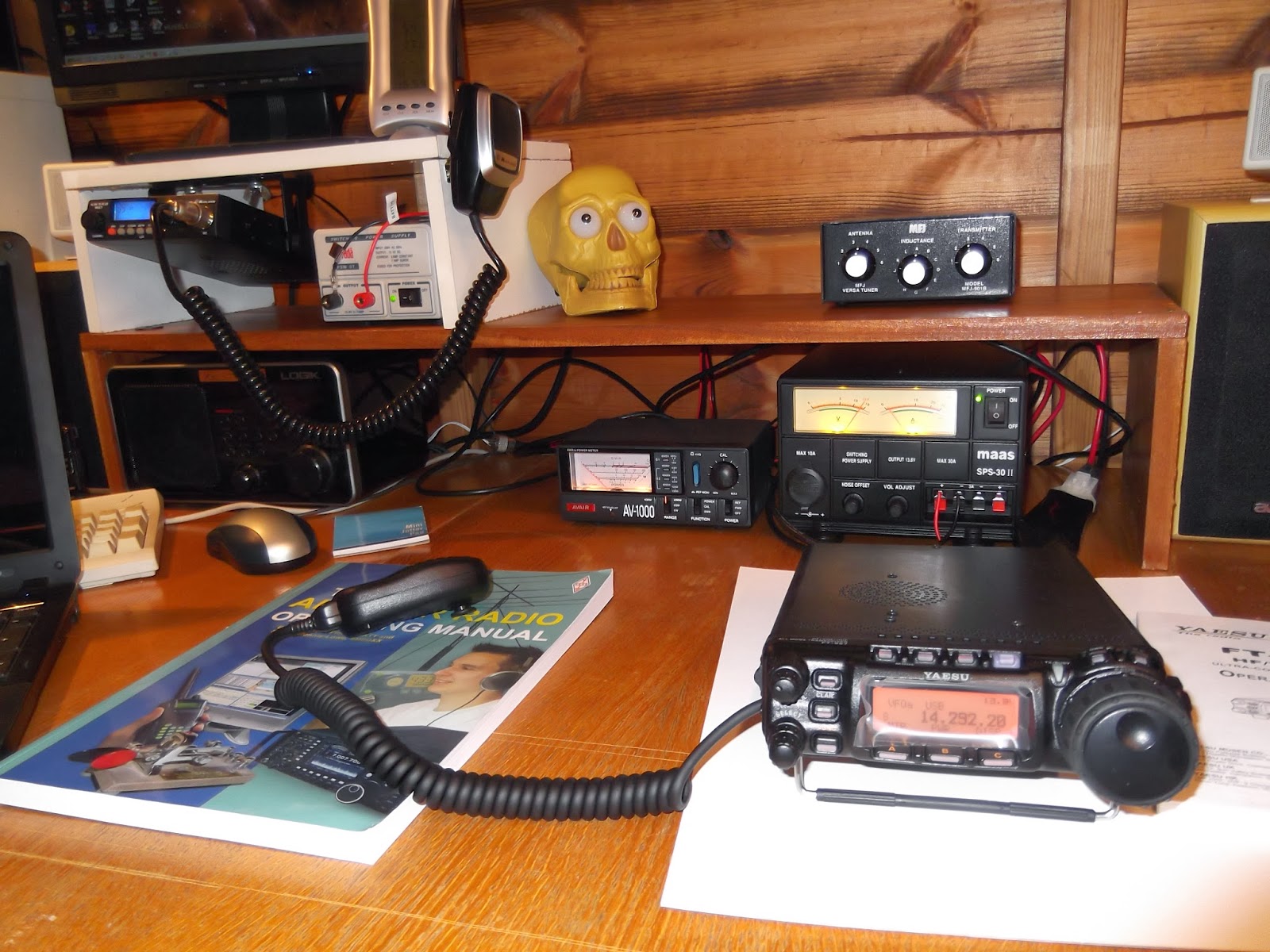 I have a power/swr meter suitable for HF/VHF and UHF I purchased at last years Hamfest and I have it connected in the setup, and was trying to check the SWR but it wasn't registering anything when I pressed the PTT then I realised that with SSB enabled it wouldn't!! Switching to FM and I was able to check that everything was okay... Beginners mistake I know!

Now off to read the manual..
Andrew Garratt, MØNRD, is a regular contributor to AmateurRadio.com and writes from East Midlands, England. Contact him at [email protected].