A first time for everything. 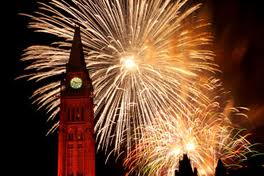 I have been a ham for some time now but there are some things I just have not done as of yet......I can now cross off one more "not done thing" and make it DONE!! To some this may be old hack and you have done it hundreds of times. I was on the radio on the weekend and I heard VP2MUQ down in Montserrat, this is not a new DXCC for me but I did notice here was operating split (transmitting on one frequency and receiving on another). I had two strikes against me before I even gave Bob (VP2MUQ) an attempt. He had a large pileup and he was operating split. Up to this point in my have carrier I have never been able to make a contact when the station was operating split. It made me wonder if I was doing the split thing  right or wrong. I had tried many times in the past but was not able to make contact with ANY op using split. Well on July 21 2012 that all came to an end. I setup the offset for the split (the split according to a spot on a cluster) and gave it a go.....nothing.....but there was a large pileup so I gave it a couple more goes. Then at 01:15 UTC VP2MUQ came back to me and before you know it I worked my first split. Well that's it for the post not very exciting to some but to me it was GREAT!! I now know I have been doing the split thing correctly all along. Another item stroked off the ham bucket list.

12 Responses to “A first time for everything.”