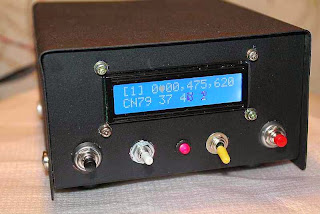 A few days ago I received an email from Jack (VA7JX) letting me know that his "U3"project was now complete. You may recall Jack's helpful list of tips regarding the use of SMT components and correct soldering techniques in an earlier blog....well worth a read if you are contemplating a start in SMT construction.

The "U3" is the Ultimate3 QRSS/WSPR Transmitter Kit produced by Hans Summers (GØUPL) and is fast becoming a popular and inexpensive workhorse among WSPR fans. A short description from GØUPL's website indicates that the "U3" is:

"the third version in the "Ultimate" QRSS/WSPR kit trilogy. It can produce QRSS, Hell, WSPR, Opera and PI4 slow-signal modes anywhere from audio to 10m and above. Plug-in LPF filters are available for all 12 HF/MF/LF bands."

Jack has tailored his version for our new (to Canadian amateurs) 630m band but has also added a versatile MOSFET linear amplifier of his own design that runs on 12VDC. Using an inexpensive IRF540 switching FET, Jack can run up to 30W of output on 630m but normally runs at the 5-10W level on 475 kHz. Most of Jack's homebrew gear looks as if it just came off the Hewlett-Packard assembly line and his latest project is no exception. 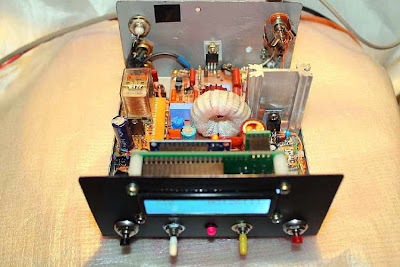 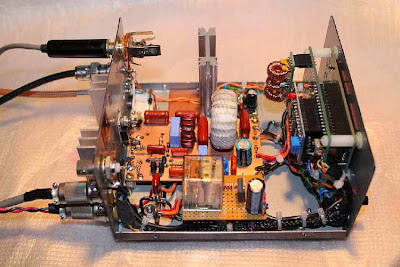 Using mainly the WSPR (Weak Signal Propagation Reporter) mode, Jack and many others, have found that 630m offers some amazing propagation, considering the low ERP levels imposed by the backyard-sized antenna efficiencies on this band. Using an inverted "L", resonated for 630m, his 5W signal has been spotted by the following stations in the past few days:

VA7JX is one of the three west coast Canadian stations that have transmit-capability on 630m, the two others being myself and VE7BDQ (John). John can be found most nights on the 475kHz WSPR mode as well, running the legal limit of 5W EIRP into a small inverted "L" as well. John has also enjoyed good success on WSPR, having been spotted regularly on the east coast and more recently, in Hawaii. For exact frequencies of both stations, check the WSPRNet Activity page for the latest real-time information.

Although WSPR works well as a propagation indicator....and it seems that there is plenty of nice propagation on 630m....it does not allow two stations to actually QSO each other. Our new band really needs more Canadian stations to spark activity and get things rolling! Ideally, it would be nice to call CQ on the band, with a realistic hope of getting a reply.

With three VE7's now 'all-ears', nightly activity from VE6, VE5, VE4 and VE3 would be an exciting prospect and would really liven-up what seems to be a very prop-friendly part of the spectrum...who'd a thought it? It seems that amateurs are now re-discovering what the maritime operators have known for decades!

If any of us can help you with getting on-the-air, please do not hesitate to ask....and, if you are presently building or testing, you can look for your signal on the VA7JX 630m screen grabber....a real-time view of the band from VE7 land and available any time, by chance or by request, from VA7JX. 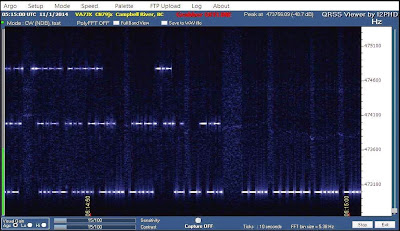