A dark cold evening in a layby

Several hours sitting in the car on the side of a deserted road in the dark and cold was worth it. Despite some initial trepidation I really enjoyed the experience until I got spooked at the end.

Like the last time I operated from this location I put the small yagi approximately 3-4 metres up on the top of my 'painters' telescopic pole stuck in to a parasol stand. I sat in the car and reached out the open window to rotate the pole as required. I wrapped up well and had a blanket over my legs and a woolly hat on and kept surprising warm despite it being just 1°C, turning the courtesy light on only when I needed to write in the log.

It was nice to be noise free and I made 29 contacts, nothing earth shattering but with a modest set up and operating in the AL section (10W max) I was more than happy and got my first contact in the Isle of Man. 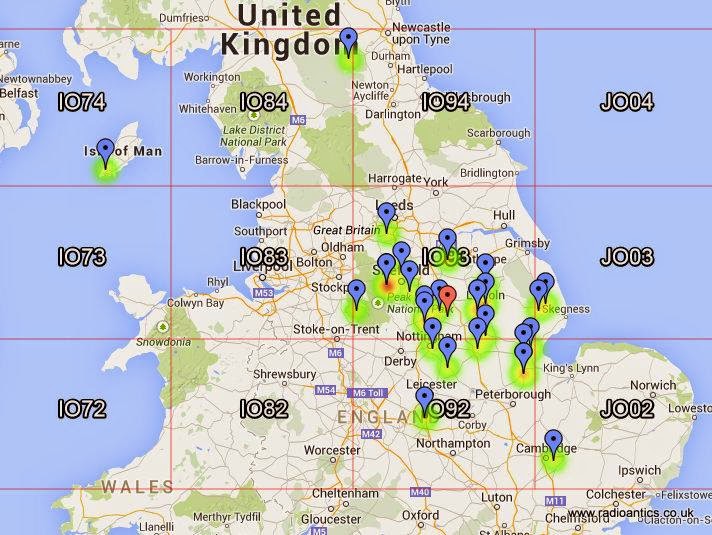 From the reports posted on line it seems conditions were flat and activity was low. Frustratingly several times I found a distant station only for it to be drowned out by splatter. I know some of this is down to my radio and the antenna but the source is nearby and so strong that even turning the beam makes little difference. Ironically being higher up meant the signal was even stronger than I experience at home.

The annoyance is compounded by the operator's habit of regularly changing calling frequency seemingly with little regard of who is currently operating there. This SDR screen capture shows an example of the same contesters signal during a recent 2m UKAC. Captured using a vertical collinear several strong clean(er) signals are clearly visible even with the mismatched polarisation. Sadly it is not a one-off and I have observed similar splatter from this source during both 70cms and 6m contests. 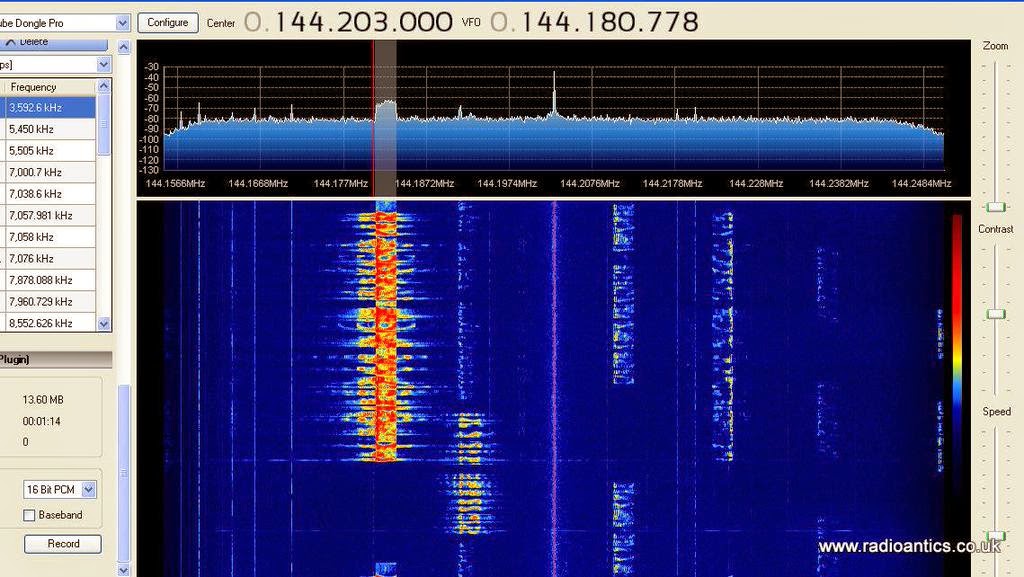 It was very dark and eerie on the quiet road and I'm afraid I got spooked with 20 minutes of the contest left, a 4x4 drove past slowly and appeared to shine a spotlight at my car. I was midway through a QSO writing in the logbook so I only caught it out of the corner of my eye so wasn't sure if they did. But a while later I saw what looked like torch beams moving in the nearby field that seemed to be getting closer. In retrospect it was nothing untoward when I checked the map later there are farm buildings in that direction but I've seen one too many horror films so decided not to hang about so threw everything in the car and headed home with out looking back..

you can't get rid of the Babadook
.... you'll see him if you look
Andrew Garratt, MØNRD, is a regular contributor to AmateurRadio.com and writes from East Midlands, England. Contact him at [email protected].

One Response to “A dark cold evening in a layby”