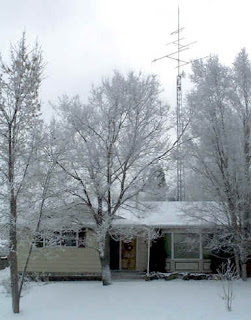 “Oh crud – Dad’s going to have a cow!”, thought Dave Bolton. It had been a long December day for the lanky 12 year old. It was one of those days when it seemed that everything that could go wrong, did go wrong. And things were going wrong even now. He’d been helping his best friend, Jim Stapleton, who had a sprained ankle and was on crutches. The two friends were headed home after a day at school. Dave stooped to pick up a book that had slipped out of Jimmy’s backpack and had dropped onto the curb. In the process, Dave’s copy of his house key fell out of his jacket pocket and fell down into the sewer grate.

“Hey Davey, don’t sweat it, dude! Your father will understand it was just an accident. Tell him that you were helping me.”  his friend replied.

“No, you don’t get it, Jimmy. Dad just trusted me with that key just a few days ago. It was tough enough to convince him to let me stay at home by myself after school until he got home from work. And now I went and lost the key …….”

Jimmy offered some consolation, “Well at least the key went where no one’s going be able to get at it. It’s not like anyone is going to be able to use it to get into your house.”

“I guess”, Dave answered, but deep down inside he wasn’t quite so confident. Dave and Jimmy were in 7th Grade together and had been best friends since the first day they had met each other in Kindergarten. They were more like brothers than close friends, and some folks even referred to them as “twin sons from different mothers”. Up until two weeks ago, Dave had been staying at the After Care program at Christ the King School where he and Jimmy attended. But he had finally convinced his Dad that he was old enough and responsible enough to walk home, let himself into the house and stay by himself for a couple of hours until his Dad got home from work.

Earlier in the year, Dave’s mother had passed away after a long illness. Ever since, Dave’s father, Jason Bolton, had insisted that Dave had to stay in After Care until he could pick him up at the end of his work day. It was either that, or walk home and stay with the next door neighbors, the Mason’s.

Not that he minded staying at the Masons. George and Jeannie Mason were two of the nicest people that Dave knew. In fact, they were like having grandparents that lived right next door. Dave Bolton had been like a grandson to George and Jeannie and they loved having him spend time at their house.

And Dave had stayed at their house a lot over the past few years. He was placed in the Mason’s care while his Dad spent so many hours at the hospital with his mother. In fact, he and Jimmy both got introduced to their new and favorite hobby by George Mason. George was a long time Amateur Radio operator, call sign N2EBA; and he occupied a lot of the boys time by showing them the hobby. It was a good distraction for Dave, and George loved teaching people, especially young people, about Amateur Radio. Both boys already had a bent toward things technical, so once they were “hooked”, George eventually ended up teaching them the theory they needed to know to get their own Amateur Radio licenses.

In fact, both Dave and Jimmy got their “tickets” together at the same license exam session. Dave was KD2PGA and Jimmy had received the call letters KD2PGB. Dave had already put a small station together from kits that George and Jeannie has so generously given to “the grandson they never had”, as they liked to refer to Dave. Jimmy, on the other hand, had to use either Dave’s or George’s gear, as he had none of his own. His folks were currently unemployed and were struggling due to the economy. They barely had enough extra money saved up to keep him enrolled in Catholic school. But Jimmy was doing his best to stay connected to the hobby by doing some short wave listening, monitoring the Ham Radio bands. His uncle had found an old Hammarlund receiver at a yard sale and had purchased it for Jimmy. In fact, Jimmy had sprained his ankle while taking a misstep off the bottom rung of a ladder while finishing stringing a wire antenna from his second story bedroom window to the peak of the garage.

“So what are you going to do, Stringbean?” Jimmy asked. He liked to tease his friend about his height.

“I’ll guess after I see you home, I’ll go over to the Mason’s and call my Dad at work. Then I’ll ask Mr. Mason if I can stay with them until Dad gets home. I still think my Dad’s going to have a cow”.

“Mr. and Mrs. Mason will be happy to have you over for a couple of hours, Davey. Tell Mr. Mason that I said “Hi”. And don’t worry so much, dude, your Dad’s not like that.”

“Will do, Jimmy ….. Hey, we’re right at your house now. Let me help you get your stuff into your house, and then I’ll head on out to the Mason’s.”

Dave carried Jimmy’s backpack into his house while Jimmy dealt with the crutches and hopped up the two front steps. After saying good-bye to Mrs. Stapleton and Jimmy one last time, Dave walked the two remaining blocks home. Instead of going to his door, he walked on over to the Mason’s house and knocked on their door. There was no answer. “Oh that’s just great!” Dave thought to himself, “Now what am I going to do?”

One Response to “A Christmas Story – Part 1”