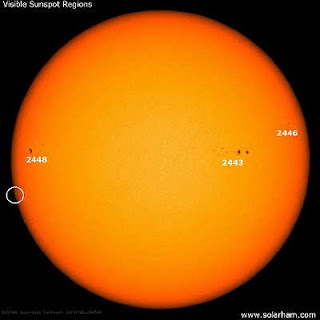 In spite of the sun's nasty and continual huffing and puffing, conditions on 630m continue to surprise many of the nightly diehards. It seems clear, that for the time being, the digital WSPR mode is the one chosen by the majority of operators. I suspect that this will change to a more proportionate mix of both CW and digital, as more Canadians get on the band but more particularly, when U.S. amateurs get permanent access to 630m as a ham band. At present, it's mostly listeners reporting beacons, demonstrating the propagational capabilities to be found at the bottom of the broadcast band.

Last night saw over 80 stations worldwide, either listening or transmitting on 630m, with the majority of them in the 'listening mode' only.

It was particularly nice to see locals, VE7BDQ and VE7CNF being heard in the Cayman Islands and Hawaii, respectively ... both suburban backyard operations. The previous morning saw the experimental station run by Larry, W7IUV in Washington state, being heard in Japan by JA1NQI ... a first from the lower 48 into Japan.

Things over in Europe have also been heating-up and the nightly reports read more like a roster of 20m action. FR5ZX on Reunion Island in the Indian Ocean has been reporting many of the Europeans, making things more interesting for the dedicated in that part of the world. All of the reports were on the WSPR mode.

John (KB5NJD / WG2XIQ) in Texas, continues to post his amazingly-detailed nightly updates of 630m action. If you want to know what's been happening both here and in the rest of the world, his daily updates will keep you in the loop ... but be warned, as you will likely find yourself heading for 630m yourself to get in on the nightly activity. In addition, his blog contains a goldmine of information for those wanting to get started with building a 630m MF station. To really keep tabs of real-time happenings, the ON4KST MF chat page is the place to be.

Next weekend, the 630m CW crossband activity will take place, with 5 different Canadian CW stations CQing on 630m CW and listening for callers on various HF frequencies on 80 and 40m. I will have the details up here again shortly, but please give a listen for us on 630m as well as a call on HF, next Friday or Saturday (or both!) nights ... the more the merrier, and tell your friends too!
Steve McDonald, VE7SL, is a regular contributor to AmateurRadio.com and writes from British Columbia, Canada. Contact him at [email protected].