The certificate for my entry in the 2014 ARRL September VHF Contest arrived in the mail last week. Given that it has been 11 months after the contest, I had pretty much forgotten about the effort. The ARRL VHF contest certificates look great, even if they do take a while to get issued. It turns out this contest entry was the combination VHF contest plus Summits On The Air (SOTA) activation from Mt Herman that I blogged about. 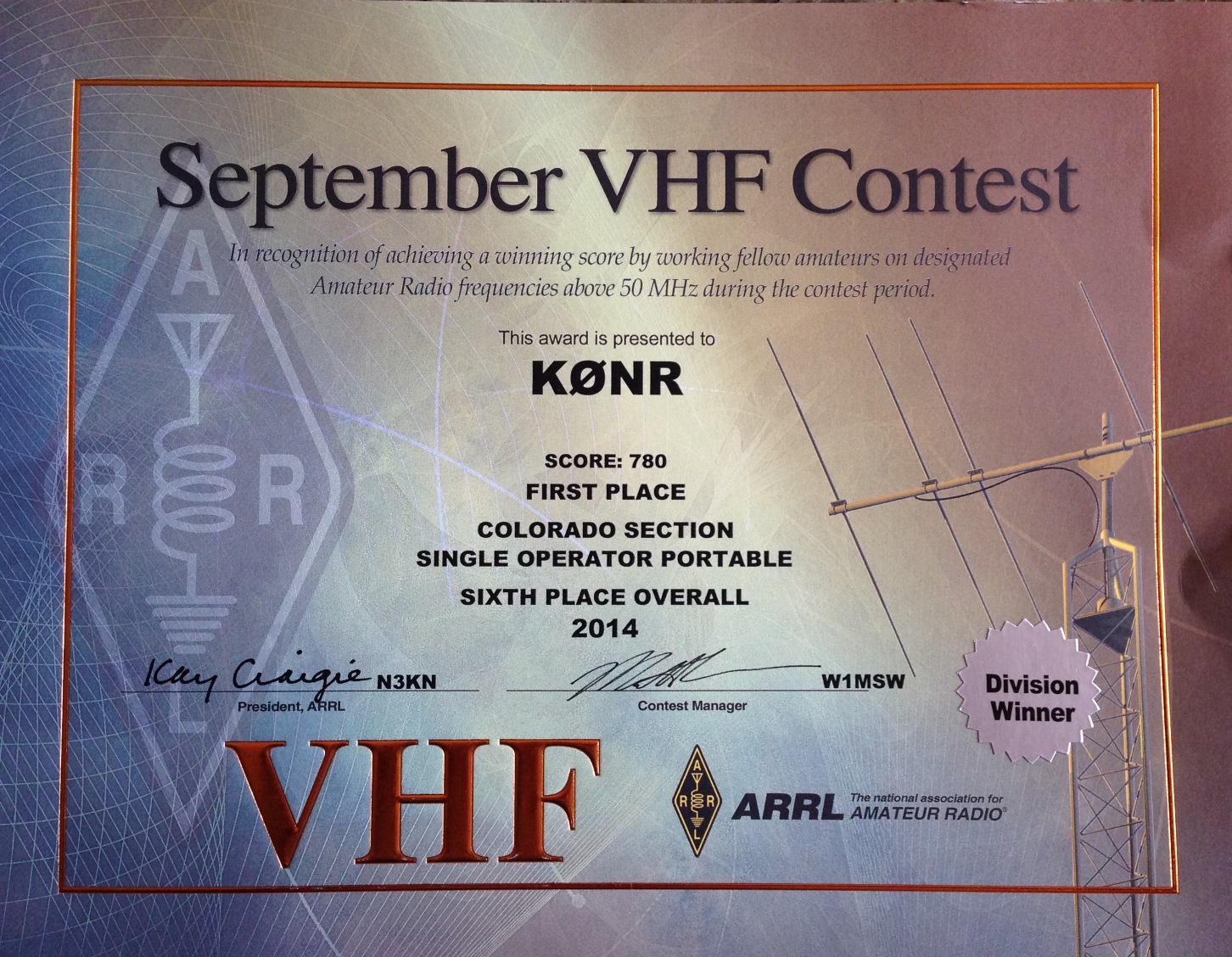 My blog posting said my score was 767 but the actual score was 780. Not a big score by any standard but not bad for ~4 hours of operating on a Saturday afternoon. As I suspected, this sets a new record for the Single Operator Portable category in the Colorado Section. What I did not expect is placing sixth in the overall contest (for my category). For the most part, this was just a really fun SOTA activation that included some VHF contest action.

Summary: The score doesn’t matter; any day having fun with ham radio is a good day.