15 June 2014 | by Andrew MØNRD  |  Share |  Tweet |  Leave a Comment (1)
I had a great time today competing in the 2nd RSGB 144MHz Backpackers contest. I entered the 10W Hill Toppers (10H) section since I could operate from the comfort of the car and I could use the FT857 as the Hill Toppers section in the RSGB contest allow operation up to 10W.

The Backpacker (3B) section and the concurrent Practical Wireless 144MHz QRP Contest are limited to just 3W. Normally the FT857 can only be lowered to 5W but by applying a negative voltage to the transceivers ALC line via the accessory socket the transmitters output can be lowered. This method is detailed here it is a simple circuit and I will make one up in due course, I didn't have the parts to make one in time.

Anyway I digress, firstly I had to find a suitable hill top that wasn't too far from home. I wanted somewhere quiet and minimised the risk of any confrontation with societies undesirables. A quick look on the local Ordnance Survey map and I spotted a viewpoint symbol.

It isn't exactly a mountain at just 82m above sea level but is nearby and seemed quiet when I drove out to inspect it. It is the Maplebeck View Point and has a metal plate highlighting hills and structures that can be seen from the 'summit' sadly the overgrown hedges did limit the view but it did seem a decent spot with an off road parking area and picnic tables.

I now needed to sort out the equipment. Operation from a motor vehicle is permitted but all equipment used during the contest must be battery, wind or solar powered. So I made a trip to grab the spare leisure battery from our caravan and the cast iron parasol stand to act as a base for my pole, the antenna would be the Sandpiper 3 element Delta Beam I used in the Lake District.

I had the FT857 on the dashboard and sat in the front passenger seat, the pole was within easy reach out the window and I had fitted a small pointer on the pole so I knew which way the antenna was pointing, so could turn it by hand. 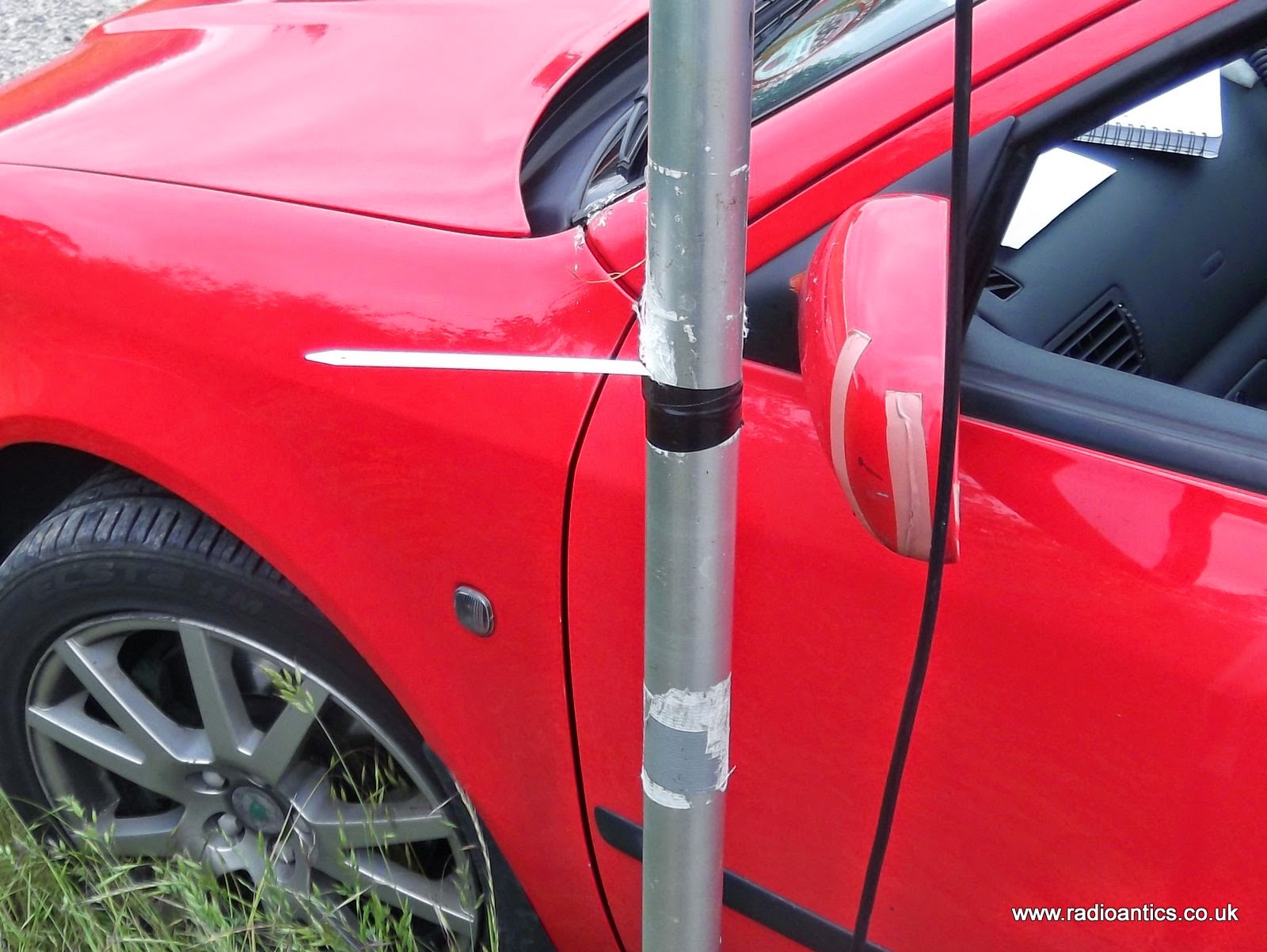 I was initially quite nervous setting up as it turned out the road was actually quite busy and I was getting a lot of quizzical looks from passersby, but once I got going I just ignored them and enjoyed the contest a lot. A number of walkers asked what I was up to and it seemed the viewpoint was a stop off on a MG owner's outing this morning. 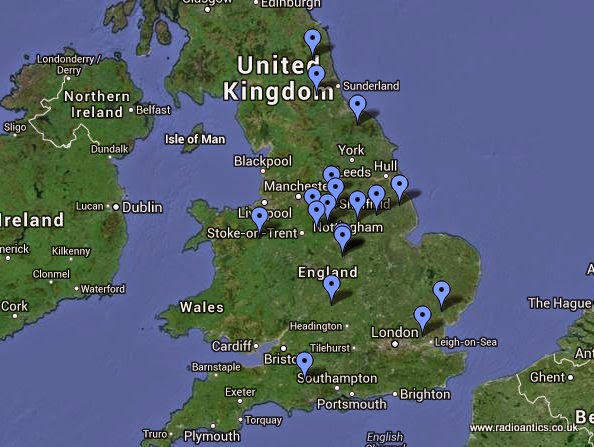 I made a reasonable amount of contacts, given most people were operating QRP with some decent distances. I did suffer one brain fade and missed another potential locator square when the other station repeated my report back and I blindly wrote it down and then lost them before I was able to correct it.

At one point I thought I would have to pack up as I was getting huge static crackles and pops which were due I think to some nearby high tension electricity pylons and what appeared to be a gathering storm, there was some brief rain but it quickly dissipated.

Next month I am looking forward to the VHF National Field Day and the 3rd Backpackers Contest as a number of members of the South Kestevan ARS are keen to have a serious attempt.
Andrew Garratt, MØNRD, is a regular contributor to AmateurRadio.com and writes from East Midlands, England. Contact him at [email protected].

One Response to “144MHz Backpackers Contest”