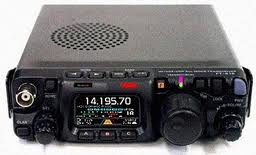 I just came across some info regarding a replacement for the road warrior FT-817 it's the mystery FT-818? I have read some comments on blogs that wrote about the FT-818. Some seem to be drooling while others see it as wishful thinking. I did try a link on one blog that boasted of a Yahoo group for the FT-818 but it did not exist. The "up coming rig" sure does boast of some very impressive improvements.