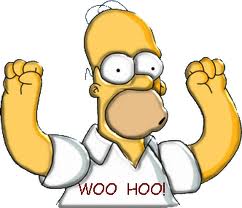 This evening I wanted to get on the  radio to catch some DXCC's for my Diamond ARRL award. The bands were not to full of the DX  that was needed for my DXCC award BUT St.Pierre et Miquelon
is a self-governing territorial overseas collectivity of France and is just outside of Canada, some Canadian hams were there making contacts on 20m!!! It was a DXCC I did not have and it's more or less local....easy peasy.............so I thought. The pileup was huge and I never did make the contact. Later in the evening they were on 40m but I was not able to hear them at all. It seemed I was the only one not able to hear them by the size of the pileup. Oh but earlier China BY5WJ was on the cluster and I thought "what the heck " and holy cow there were LOUD AND CLEAR....I gave them a go but again the pile up was big but I wanted to stick with it as they were just blasting in. While others were making contact I went to QRZ.COM to get some info as I always do...........this is what I found........

Although it would have been satisfying to have worked BY5WJ in China,
I'm sorry but either I sent the wrong call or your ears are defective.  In fact
you worked 6Y5WJ in sunny Jamaica.  If I sent the wrong call then I'm
sorry I need, to practice, a new key, a keyer or radio :) :), either of which
can be sent to me at the above address.  If however you wrote down the
wrong call then I will send YOU either a new pair of headphones, a new
rig or a syringe of warm soapy water:)
Best wishes and 73, Josh

Oh and I already have Jamaica' well it was good I found out before calling "BY5WJ" for 30 or more minutes. Lesson learned be careful even of the DX cluster spots. As a side note this is a mistake I or anyone could make and it's nice Josh put the info up on QRZ.COM to clear the fog.