Buffalo Peaks are a pair of 13er summits that stick up quite prominently on the west side of South Park. West Buffalo peak is the taller of the pair (13,326 feet) and the SOTA summit (W0C/SP-018). I’ve had my eye on these peaks for a while, wanting to do a SOTA activation. Here’s a winter view of the summits from the south near Trout Creek Pass. 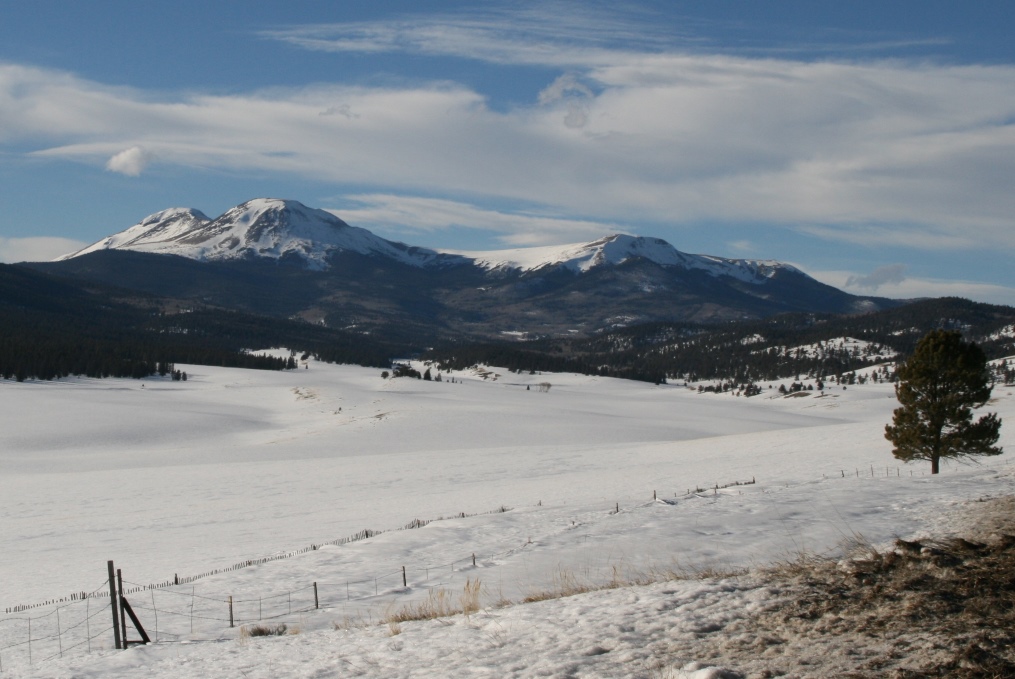 Buffalo Peaks in the Winter

There’s quite a bit of good information on the peaks at SummitPost.org.

Joyce K0JJW and I hiked in from the north, off of Buffalo Peaks Road (FS 431). The trailhead is not marked and is easy to miss but this trip report on the 13ers.com web site is very helpful. Pay special attention to the photo of the trailhead. This trip report describes doing both East and West Buffalo in a bit of a loop. We opted to focus on just West Buffalo, skipping East Buffalo. 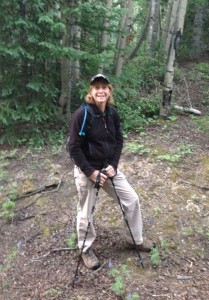 Joyce K0JJW on the trail.

Here’s my favorite hiking partner on the trail near the trailhead. The “trail” is not very well marked, following various old logging roads.  We roughly followed the route indicate on 13ers.com. Once we cleared the trees we had a good view of both peaks and aimed for West Buffalo. We did make a critical error by going for the summit too early and got onto some very steep talus. Not fun. So the main route finding advice I am going to provide is make sure you approach the summit from the (more) gentle saddle on the northwest side. I marked this waypoint (N 38.99444, W 106.12866) as a good point to aim for on the way up so that you stay far enough west. 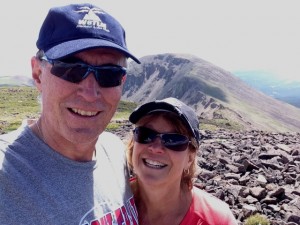 On the descent we stayed west of the route marked on the 13ers.com trip report with the intent of having an easier route. However, mostly what we did was encounter additional off trail hiking, so that is probably not recommended. It would have been better to just retrace our ascent route. Eventually, we found a different trail that led back to FS 431, popping out about a quarter mile west of where we parked. I had the location of our Jeep marked in the GPS, so it was easy to backtrack to the vehicle.

This was the first SOTA activation for West Buffalo Peak, so it was great to get that in the log. Thanks to everyone that got on the air to work me.