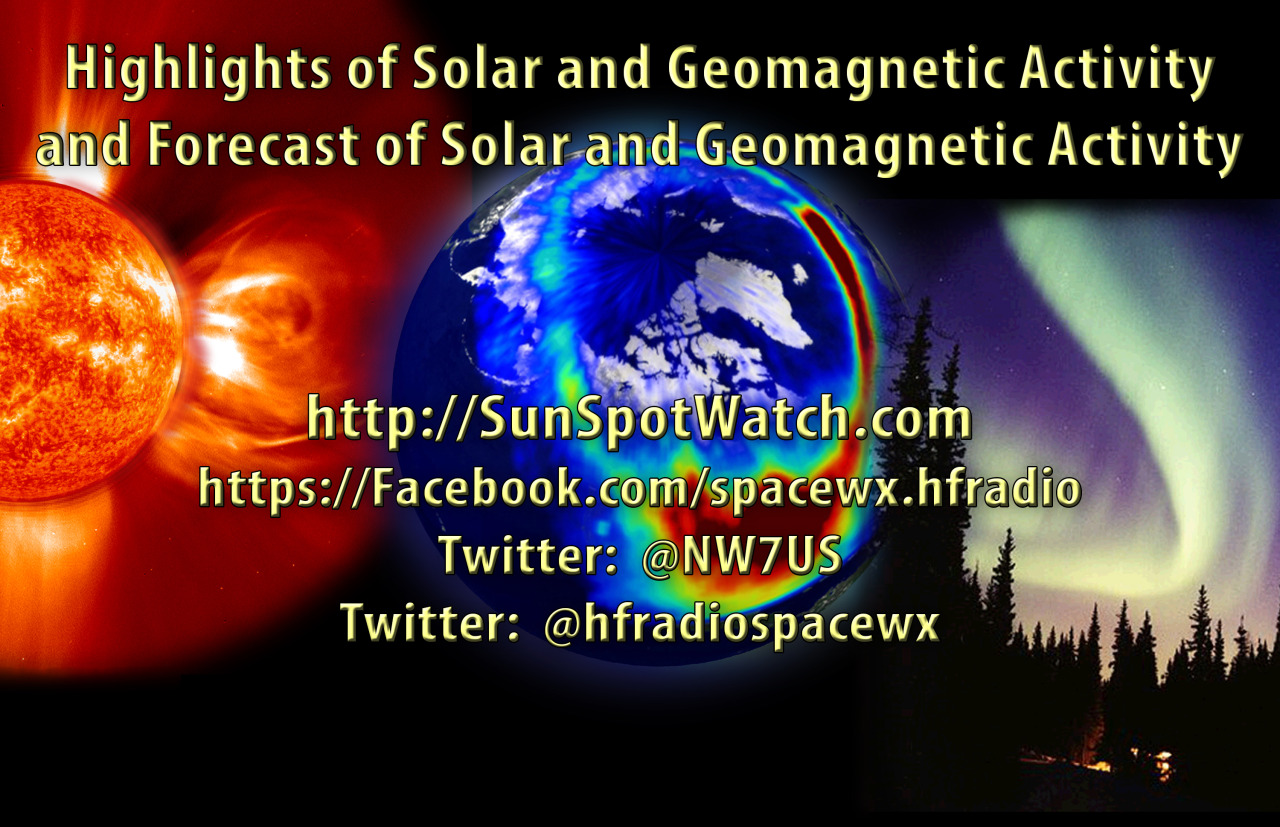 The greater than 2 MeV electron flux at geosynchronous orbit was at normal to moderate levels throughout the period and briefly reached high levels on 19 June with a maximum flux of 1,030 pfu at 19/1640 UTC.

The geomagnetic field ranged from quiet to G2-Moderate storm levels. Solar wind conditions began the period under a waning positive polarity coronal hole high speed stream (CH HSS). Solar wind speeds decreased from approximately 620 km/s to around 420 km/s by midday on 14 June. Total field decreased from 8 nT to 4 nT. By late on 14 June, total field increased to 15 nT with the Bz component mostly southward near -14 nT while solar wind increased to a maximum of 772 km/s at 15/0410 UTC, indicative of a co-rotating interaction region followed by another positive polarity CH HSS. The geomagnetic field responded with quiet to active levels on 13 June, quiet to G2-Moderate storm levels on 14 June and quiet to G1-Minor storm levels on 15 June. By early on 16 June, total field decreased to around 6 nT with solar wind speeds in the 500-600 km/s range. These conditions continued until 19 June when solar wind speeds decreased to nominal levels. Quiet conditions were observed on 16 and 19 June with quiet to unsettled levels on 17-18 June.

The greater than 2 MeV electron flux at geosynchronous orbit is expected to be at normal to moderate levels with high levels likely on 20-22 June, 26 June-01 July, 04-07 July and again on 16 July due to CH HSS activity.