Upgrading to Windows 10…..for a short time anyway. 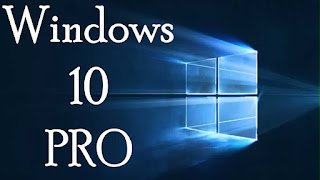 Last week I decided it was time to update my computer OS from Windows 7 pro to Windows 10 pro. Because I have a registered version of Windows 7 the Windows 10 is a free upgrade and with this upgrade, I am able to keep all my programs on the computer that I had on Windows 7. I did the upgrade and it went off without a hitch and all my programs there were in Windows 7 were alive and well in Windows 10.......or, so I thought!
After the update was done I check my virus software, OpenOffice documents, ham radio programs and the virtual com port program. All seemed to be fine so next, I started my radio programs Win4Icom, N3FJP logging and finally JTDX digital program. The radio and software had no issues with communication and in no time I was up and running with FT8 making contacts. Now it's time for the "BUT" I noticed my JTDX waterfall started moving very slow, I was not getting any decodes and finally on the waterfall you normally get a horizontal line containing the band and time. These lines show up once you finish transmitting and go back to receive. I was getting these lines one after the other and very closely spaced. I checked PSK reporter and my signal was being decoded by other stations but I had no decodes.
I shut down the program and restarted it and all was good for about 10 minutes and then it started to happen again. I then tried WSJT-X and it did the same thing within about 10 minutes again. This time
I noticed in the taskbar a strange behaviour happening. In Windows 10 if the taskbar is full there is an arrow and when you click on it the remainder of the icons appear, this area is called the overflow. In this overflow area, there is an icon that looked like a microphone. This microphone appeared and then disappeared. The other icons in this overflow were shacking which the best way to describe it. So much for not having any issues, I did some digging on the internet and some were saying it was an RF issue. This did not surprise me as the Endfed antenna has been full of surprises.

Here is what I did:
After my fresh install of Windows 10, what did I add to the PC?
1. I added a USB 3 cable to an external hard drive for backup purposes.
2. I updated my video driver.

I removed the USB 3 cable and this made no difference. The thought was it had no toroids on it thus a good RF antenna. This did not fix the issue.

I could not see the video driver being the issue but for &%*# and giggles I downgraded the driver and as I suspected it made no difference.

Next, I wanted to check possible sources of RF:
1. Check all my connections on the radio (Icom 7610) and the accessories.
2. I removed the Endfed from the picture and transmitted into a dummy load.
3 I lowered the wattage output to zero.

Here is what I found:

All the connections were good and tight.

When I transmitted into a dummy load I had the same issue with both JTDX and WSJT-X.

With the wattage on the 7610 at zero, I once again found the same issue with both programs.

This led me away from RF from my radio setup being the issue and I looked at other options.
While I was surfing the internet I found numerous posts about Windows 10 has a mind of its own by changing or deleting sound settings. I began to investigate the sound settings specifically the settings that would have anything to with digital modes. The Icom 7610 (when software has been installed) has one I/Q port and 2 USB ports for digital programs.  I went into device manager and all ports were there. I then opened the properties' menu for the  2 Icom USB ports (sound and mic properties) to make a long story short I spent a huge amount of time adjusting, reinstalling, turning off and on again each of these 2 devices.  Toward the end of my fiddling, I did notice the microphone icon in the overflow tray started to act up just like before!
This was my confirmation that it was not an RF issue but in fact, a software issue and it was a software issue I NEVER had with Windows 7 pro.  At this point, I could have done more investigating but I had just about enough of Windows 10! There is an option to downgrade back to Windows 7 but it has to be done within 10 days of the Windows 10 upgrade.......hmmm 10 days for Windows 10.......was it 7 days for Windows 7 to downgrade back to XP..... I digress.
I chose to downgrade back to Windows 7 pro and later I will find the answer as I am still able to upgrade back to Windows 10 pro.
Once the computer restarted I was greeted with an error message, I thought screw it, for now, I clicked "OK" on the error message to see if Windows 7 pro loaded. It loaded and now I wanted to see if I had the sound issue I had with Windows 10 pro. All programs started ok and after extensive testing my digital programs I had no issues at all. It was now time to deal with this error message, it turns out it was from my NVIDIA video card. I reloaded the drivers from the NVIDIA installation CD and all was good.
Has anyone out there using Windows 10 had this similar issue and if so what did you do to overcome it? As for me now that things are working again I am going to take my time and see if I can sort this issue out.

17 Responses to “Upgrading to Windows 10…..for a short time anyway.”