Upcoming Solar Years … Can They Be Too Quiet? 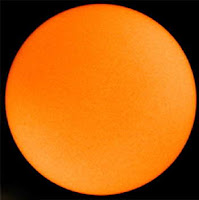 Most of us LF/MF and topband diehards have been looking forward to the next several years of low solar activity ... maybe even 'ultra-low' as some of the solar gurus are predicting.

An interesting posting on the Topband reflector a few weeks ago by noted propagation expert, Carl, K9LA, made me re-think my expectations!

I flagged the post for a later blog topic but have since seen the information pop-up on a couple of other reflectors as well as on the ARRL News page. Apparently I wasn't the only one to give the posting a double-take. If you missed it, here is Carl's post:

About a week ago Wolf DF2PY posted a message here commenting on the recent adverse levels of geomagnetic field activity and how it will now change for the good - giving us good 160m propagation.

We'll certainly see less geomagnetic field activity as we move into winter,
but there's another issue we should be aware of. The Sun's magnetic field
is weakening - probably to the lowest levels in our lifetime. With a weak
solar magnetic field, more galactic cosmic rays will be able to get into
the Earth's atmosphere. We are now seeing unprecedented high neutron counts (neutrons are one of the by-products of cosmic rays)

Since galactic cosmic rays are mostly *very energetic* protons, they can
get down to low atmospheric altitudes, causing collisional ionization in
the D region (and lower E region). A cursory estimate using cosmic ray
ionization rates confirms more ionization in the lower atmosphere. 160m is
not very tolerant of more absorption, so we may see an adverse effect of
the weakened solar magnetic field.

My initial response was to think that perhaps there wouldn't be as much to look forward to as I had been hoping for, when it came to improved LF, MF and 160m propagation. Carl's postulation was also backed-up by another mention on the Spaceweather site, although the influence of cosmic ray bombardment on radio propagation was not discussed.

As I thought more about this unfortunate possibility actually coming to pass, I thought back to my own on-air and listening experiences during previous solar-low years ... particularly the unprecedented low between our most recent cycle and its predecessor, Cycle 23. 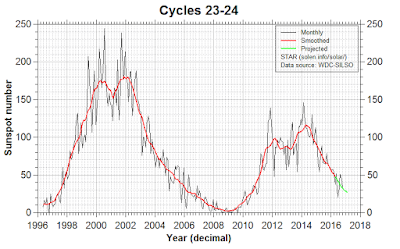 The low period between these two cycles, as most will likely recall, saw the quietest solar conditions observed in the past 100 years. The solar-low winters saw week after week of a blank Sun, with solar activity virtually flatlining for the entire period. In 2008 there were 265 'zero sunspot' days and the following year saw another 262 days of blank suns!

These effects were well noted here for two winters that are usually prime 'DX times' ... if ever there were a period when cosmic ray bombardment should negatively impact low frequency propagation, surely it would have been then.

So just what did I observe?

What I saw was not only what I had been expecting but was much much better than I had ever believed possible. For west coast topband operators, the 'holy grail' of propagation is working Europe. Working Europe from here means that signals must travel through the polar regions, usually the kiss-of- death for weak signals, as the severe attenuation through the auroral zone means that it just doesn't happen very often ... except for this prolonged period of ultra lows. In a word, conditions to Europe were 'spectacular' ... night-after-night, for several weeks over a period of two winters, working Europe on 160 became normal.

On most nights, European signals could be heard before local sunset, and on several occasions, CW contacts with Europeans, were completed up to one and a half hours before my local sunset. As darkness set in, more signals would appear and the band would rapidly become populated with Europeans ... and only Europeans.

Most of the time there were no signals from North America evident, just Europeans ... a condition that had me shaking my head in disbelief night after night. It was something I had never observed before, as I watched 160m behaving more like 20m CW on a good day to Europe! During this period, my DXCC totals skyrocketed from 99 to 143 worked, as new Europeans and Africans were added to my logbook. 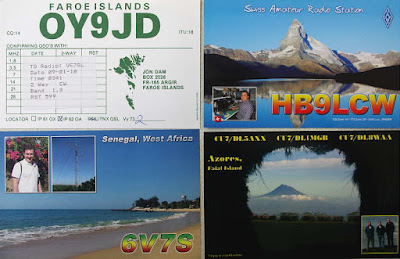 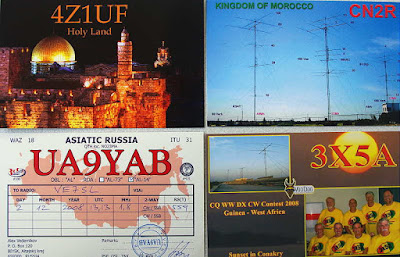 Signal levels were also outstanding, often pushing the FT-1000 S-meter well past the S9 level. On one particular night, I recall hearing an SM4 calling CQ, with just such a signal. I set my output power level at 10 watts and gave him a call, to which he quickly responded. If cosmic ray bombardment was at a high level, it was not reeking any havoc as far as the west coast path to Europe was concerned! For the record, my topband system is nothing special, consisting of a simple 'half-sloper' over a poor ground and a very old amplifier running about 500W output.

My other favorite winter pastime is chasing NDBs in the MF range between 200-500 kHz. Exceptional east west conditions were evident throughout the two winters of ultra-lows.

On one such night, I noted a new strong signal where none had been previously heard. Because of its strength, I surmised that it was probably a new NDB in nearby Washington state. Noting its ident ('NYA' on 414 kHz), I was not able to find any reference to such a beacon being previously reported and turned to the Yahoo ndblist group for help, posting my catch as 'unidentified'. Almost immediately I received a response, telling me that the signal I was hearing was located in Europe ... Svalbard to be exact, located midway between Norway and the North Pole!

Now, European NDBs have never been heard from the west coast, other than occasional signals from some of Greenland's powerhouses, so this represents a very rare event. Although I have often listened for this signal, it has yet to be heard here again and my logging of remains its only reported foray into any part of North America. Unfortunately, in 2015, it was listed as 'decomissioned'. I have no doubts that this rare propagation was a result of the solar flatlining conditions of the time.

As chilling as Carl's warning sounds, he himself admits uncertainty with a 'let's wait and see' attitude and after reviewing my own experiences under what surely must be similar conditions, I'm still very optimistic over what might be in store. Hopefully we shouldn't have to wait too much longer to find out!

One Response to “Upcoming Solar Years … Can They Be Too Quiet?”