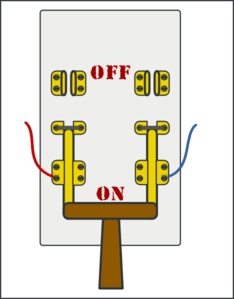 As mentioned in my last blog, using a transverter to drive a separate amplifier requires some method of switching system in order to automatically handle the antenna, transverter and amplifier input / output ports. To run a relay switching system in the WSPR or JT-9 modes requires that the switching be controlled by the transceiver's PTT line which in turn is controlled by the WSPR software. Using VOX keying is out of the question as it causes the relays to be 'hot-switched' and with higher power will eventually lead to their demise.

For many years I managed PTT line control via my laptop's comm port but these are now things of the past, requiring switching to be done via the USB port. There are many commercial products available that will do this nicely as well as handle the audio feed from radio to computer and vice-versa, but I found that my homebrew version worked just fine. Making it work via the USB port however required a serial-to-usb converter. This was described here, in an earlier blog and for the few dollars invested has proven to be a very reliable interface.

The schematic of the switching control unit is shown below. It uses two inexpensive OMRON G2RL-1-E DC12 relays purchased from Digikey. Although not coaxial, the $3.09 (U.S.) relay will easily handle a kilowatt as decribed by W6PQL. These relays have large contacts, rated at 16A. I added a few extra components that absorb any relay switching transients as well as remove any RF on the control lines.

I must say a few words about Digikey's service. I really am amazed at what a superb job they do in supplying hobbyists with small orders. So many companies nowadays cannot be bothered with such things or demand a large minimum order for the privilege of handling your purchase! From what I can tell, Digikey bends over backwards to help out the little guy, with no minimums as well as dirt-cheap, fast shipping. Living in Canada, I'm used to U.S. dealers making me jump hoops to place an order, only to find out that the cost of shipping is often prohibitively high or they ship only via UPS which I will not accept.

I placed a small two-page order with Digikey via their excellent web site on a Tuesday afternoon. On Friday morning, there was a knock at my door at 0800 hours ... it was a courier service delivering my parts! To put this in context, I live on a small island in the middle of Georgia Strait, accessible only by air or by ferry. To me this service is incredible and the cost of postage was only $6.00 (U.S.). I really have no idea how they do this but they obviously have put into operation a very efficient system ... hats off to them and their skilled management that has figured this all out. A few years ago I sent in orders to both Digikey and to Mouser, each within an hour of each other. Like my recent order, the Digikey parts arrived in just a few days while the Mouser parts took over three weeks ... perhaps things have changed since then but this is the reason I use and recommend Digikey whenever I can.

Once I had the needed parts, I quickly built a PCB for the switcher and put it together in a day so that I might begin 630m skeds with VK4YB as soon as possible. 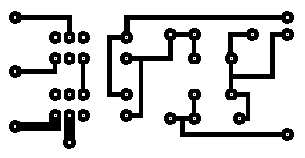 If you would like a full-size layout suitable for the iron-on toner PCB construction method, I'll be happy to send you one via email. 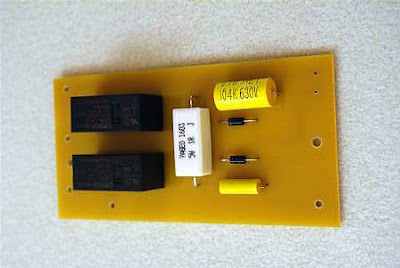 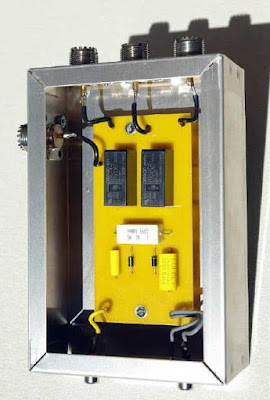 The first test run with VK4YB at 0300 local time proved problematic. When I fired up at full ERP, I immediately saw some output instability on the scopematch screen. Before I could shutdown however, I had blown a FET in the amplifier, shutting me down and sending me back to bed to worry about the situation.

Having had time to think about the problem made me suspect something in the new relay changeover unit since that was the only new variable in the system. I suspected that perhaps the relays were not fully seated before being hit with full RF output and the possible hot-switching had caused enough short-lived SWR to take out the very reactance-sensitive FET final. In many years of operation with the amplifier, this was the first blown FET I have had. When I built it, I made sure that the FETS would be easily accessible (see below) should such an occasion arise ... unlike my initial transmitter, where replacing a FET was a nightmare. 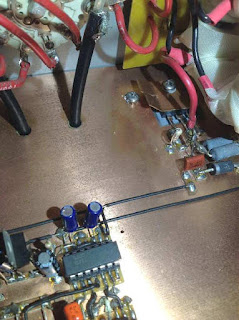 Fortunately, when FETs go south on a push-pull amplifier, only one FET will blow ... whichever one was conducting at the time, thus preserving the remaining FET. I flipped a coin and unsoldered the source lead of the left hand FET and measured it. Sure enough it had a drain-to-source short. My day was off to a better start. Once replaced, I set out to determine what had caused it to blow in the middle of the night.

Since I didn't want to blow another FET, I could only 'key-up' in very short bursts and see if the instability was still present. I put the amplifier on a dummy load and everything seemed normal but when put onto the antenna, it reappeared. Suspecting an arc in the loading coil, I checked it carefully. I indeed did find a charred blackened section near the top high-voltage end of the coil but that could have been a short-lived event from the past as I'm sure small crawly things often meet their demise between the windings without causing any problems other than a quick puff of smoke or a short-lived arc to the PVC coil form.

After cleaning the coil and removing any carbon paths as well as giving it a few coats of varnish, I was hopeful that the problem would be gone ... but no, the scopematch indicated it was still misbehaving. As well, I could hear a weak but audible high-pitched oscillation coming from somewhere in the amplifier's circuitry. I suspected that it came from one of the output transformers but with the fan noise it was impossible to accurately locate the source of the rogue 'squeal' when briefly keying-up.

Fast forward several hours of pulling out what was left of my hair and I was no further ahead. The amp continued to work fine at high power, via the new relay system, into my dummy load but into the perfectly matched antenna, the problem remained. It was at this point that I decided to look at the input signal from the doubler, a nice squarewave at 950kHz for the amp's divide-by-two input chip. The scope instantly indicated a dual squarewave with more than one frequency present!

I control the input to the doubler by setting the transverter's output to 1W but at 0300 that morning had set it to 1/2 watt, noting that the amplifier seemed to be happy at that level. I then increased the drive from 1/2 watt to 1 watt while watching the 950kHz signal and immediately saw it morph into a wonderfully clean squarewave once again! Sure enough, the amplifier returned to complete stability into the antenna.

It looked like the doubler was not getting enough 475kHz input to actually double properly and its output was a mixture of 950 and (mostly) 475kHz. The amp's divide-by-two input would then try and turn this into a mixture of 475 and (mostly) 237 kHz which the highly-tuned antenna system would balk at, producing the unwanted FET-killing reactance. Being passive and none-reactive, the dummy load was quite happy to take the signal all day long if I let it.

With the mystery solved, full ERP beaconing and scheduling with VK4YB has begun once again, but the TransPacific path has been stingy for the past few mornings ... hopefully this will change now that I'm ready again, barring any further complications.
Steve McDonald, VE7SL, is a regular contributor to AmateurRadio.com and writes from British Columbia, Canada. Contact him at [email protected].